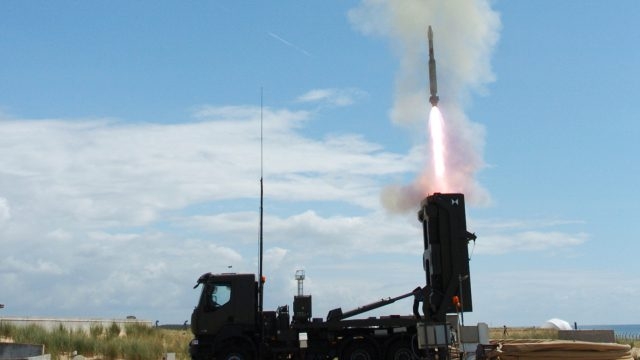 The loan agreement which was announced by the country’s government gazette (Cabinet of Morocco) on 18 May was officially approved on 11 may through Decree 346.20.2.

France’s MBDA will support a commercial contract with the Moroccan Department of National Defence, through the EUR192.1 million (USD210.6 million) loan.

Although, the Moroccan government gazette did not specify the specific system to be procured, however, various media suggests that the contract also includes the Nexter Caesar truck-mounted self-propelled artillery system as part of a wider EUR400 million package.

The VL MICA system in its land-based configuration consists of a series of truck-mounted elements, including a tactical operations centre, Sagem SIGMA 30 radar, and launcher vehicles that can carry between three and six multi-round launchers with the missiles in clusters of four rounds.

This new VL MICA short-range air defence acquisition is understood to be part of a wider strengthening of the countrys aerial defence structure which also includes the procurement of a new Chinese made Sky Dragon 50 medium-ranged air defence system, delivered to the Royal Moroccan Armed Forces on December, 2017.

In 2018, Rabat was also reported to be in discussion with Moscow for the supply of the  S-400 Triumf surface-to-air missile defense complex. This was after the visit of the Russian Prime minister Medvedev Dmitri to Morocco in 2017, in which military cooperation was discussed.