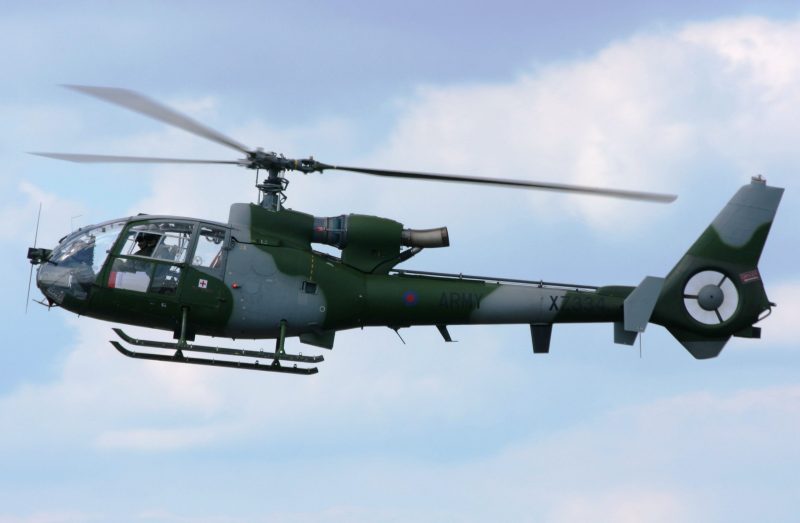 Multiple reports from Mozambique indicates that one of the South African private military contractors Gazelle helicopter deployed against jihadists in northern Mozambique was shot down this morning.

The Gazelle helicopter was attacked with small arms fire, which apparently damaged the helicopter’s gearbox, thereby forcing it to land. The crew were safely extracted however, there is no information yet on the status of the helicopter.

For instance, earlier this month, Joseph Hanlon published a photograph showing one of the Gazelle helicopter gunships supposedly used in an attack. The photograph shows a door gunner operating a 20mm cannon mounted in the door of the aircraft.

Since Mozambique is embroiled in an emerging counter-terror war, the states security forces—the Forças de Defesa e Segurança (FDS)—has proved incapable of dealing with the lightly-armed terrorists in the north.

Although, according to Daily Maverick, Wagner had pulled out of Mozambique in March after failing in its mission and was replaced by South Africa’s private security company Dyck Advisory Group, (DAG) based in South Africa and owned by former Zimbabwean military colonel Lionel Dyck who is believed to be close to Zimbabwean President Emmerson Mnangagwa.

Dyck Advisory Group, (DAG) operates three helicopters in Cabo Delgado northern coast — one Gazelle gunship, one Bell UH I “Huey” and one Bell 406 Long Ranger — and one fixed-wing Diamond DA42. They joined another Gazelle and a Cessna Caravan fixed-wing personnel carrier which had arrived in Pemba.