US recovers Hellfire missile from Niger after drone crash 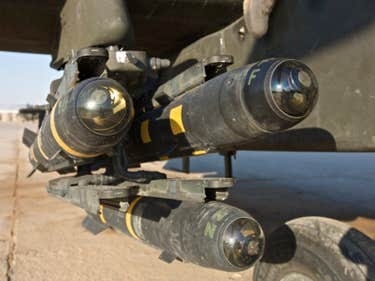 The United States African Command (AFRICOM) confirmed earlier this week that it has retrieved the Hellfire missile that was armed on an MQ-1C drone that crashed near Agadez, Niger, on Feb. 29.

The MQ-1C Gray Eagle drone was lost after suffering a mechanical failure, according to a March 2 statement by AFRICOM via its Twitter handle.

The AGM-114 Hellfire missile which detached during the crash of the MQ-1C drone, was spotted intact on a photograph on social media beside an unknown man.

With the Hellfire missile being intact, it raised fears that sensitive military technology could be passed on to the terror groups operating in Niger.

Since the last decade, a number of terror and insurgent groups have been operating in Niger and West Africa to include ISIS and al-Qaida offshoots.

According to a Nigerien source, a special force team from the US and Niger military escorted the projectile back to Nigerien Air Base 201, located around 5 km southeast of Agadez.