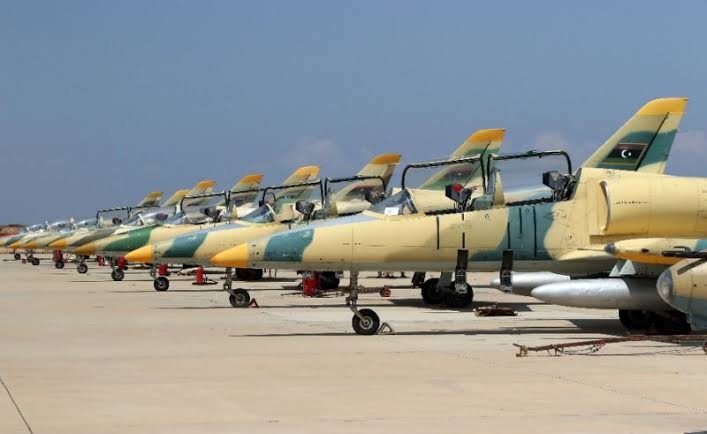 A 14-man team of pilots, engineers, and technicians from Ukraine’s Odessa Aviation Plant (OAP) have completed a major repair and upgrades of six Uganda’s L-39 Albatross training and combat aircraft.

The repair and upgrade work was carried out by Progress inc, under a contract awarded. Progress Inc is a UkrOboronProm subsidiary.

After completion of the work, the 14 member team returned to Ukraine on 30 March, however, the team was initially put in quarantine for 14 days after their arrival due to the Coronavirus (COVID-19) pandemic.

According to various Ukrainian media, eight Ugandan L-39ZA jets have been overhauled and modernised by UkrOboronProm, under a 2018 agreement.

Uganda first received three L-39ZO trainers from Libya in 1987, they are reported to still be in service. In 2002, Uganda also received a further four ex-Bulgarian Air Force L-39Zas, which were overhauled in the Ukraine in 2009/2010.

These four were recently overhauled and modernised by OAZ (Odessa Aviation Plant) in the Ukraine, with the first two returning to Uganda in September 2019 and the third and fourth expected in January 2020.

A single L-39ZO was procured on the civilian market from the now defunct East Germany.

Uganda’s Air Force L-39 fleet are being used a a lead-in trainers for the country’s five Su-30MK2 multirole fighters.