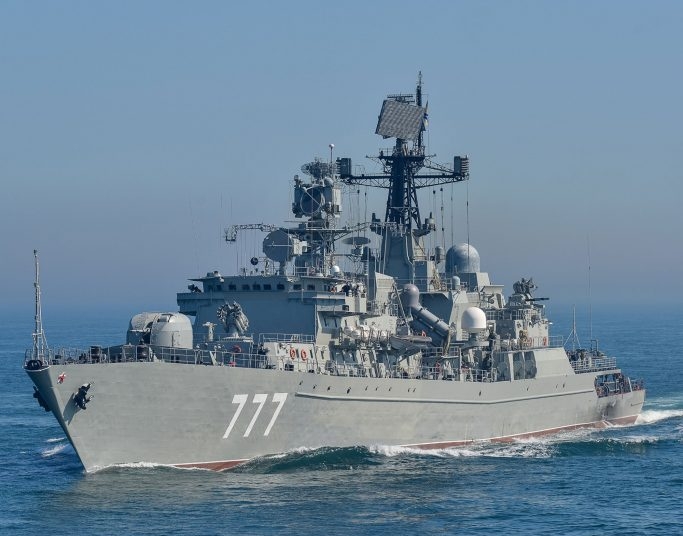 A two-ship naval detachment from Russia’s Baltic Sea fleet has arrived Table Bay Harbour, Cape Town, South Africa on Monday morning as part of a round trip to the Indian Ocean, where they will conduct anti-piracy operations.

The two ships; a Neustrashimyy-class guard ship (frigate) Yaroslav Mudry (777) and an Altay-class fleet replenishment oiler Yelnya will be in port for two days in order to take on fuel, fresh water, food and other supplies. However, they will not conduct any activities with the South African Navy.

Initially, the flotilla was slated to carry out some training activities with the SAN but plans for it was shelved due to the Coronavirus (COVID-19) pandemic.

The Yaroslav Mudry frigate (777) is a state-of-the-arts guided missile frigate commissioned in 2009. It was named after the ruler of the medieval state Kievan Rus, Yaroslav the Wise.

The frigate is Armed with a 100 mm main gun, SS-N-25 anti-ship missiles, anti-air and anti-submarine missiles, rockets and torpedoes. It displaces about 4,200 tons, 129.6 metres long and with a speed of about 30 knots. It usually carry a single Ka-27 anti-submarine helicopter aboard.

Meanwhile, the second naval vessel the RFS Yelnya is a Project 160 tanker that can refuel one ship at a time from either side or over the stern.