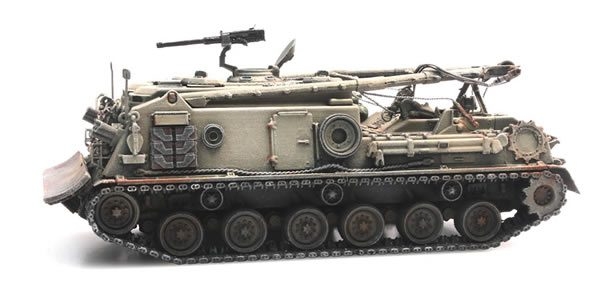 The armored recovery vehicles would either be the M88A2 Hercules or refurbished M88A1 models equipped with machine guns, GPS navigation systems, SINGARS radios, and smoke grenades.

The estimated cost of the M88 HERCULES vehicles sales with its associated equipment is expected to be $239.35m.

The 25 Hercules will be in addition to the 55 M88A1s the DSCA’s Excess Defense Articles database says had been transferred to Morocco by the end of 2016.

The possible foreign military sale is subject to the approval of Congress, which has been notified about the deal by the US Defense Security Cooperation Agency (DSCA).

The Defense Security Cooperation Agency (DSCA) notified the US Congress on 3 March.

DSCA said in a statement: “This proposed sale will support the foreign policy and national security of the United States by helping to improve the security of a major non-Nato ally that continues to be an important force for political stability and economic progress in North Africa.”

BAE in York, Pennsylvania, US, will serve as the principal contractor for the sale.

This sort of sale usually involves the assignment of approximately 30 U.S. Government or contractor representatives to travel to Morocco for equipment de­processing/fielding, system checkout and new equipment training.

The M88’s primary role is to repair or replace damaged parts in fighting vehicles while under fire, as well as extricate vehicles that have become bogged down or entangled.

The tracked M88 recovery vehicle can lift, winch and tow vehicles in the toughest terrains and most difficult circumstances, to get them back to operations or, if necessary, in for repair.

The M88 Recovery Vehicle is one of the largest armored recovery vehicles (ARV) currently in use by the United States Armed Forces.

The M88 series has seen action most noticeably in the Vietnam War, the Persian Gulf War, the Iraq War, and the War in Afghanistan, and to a lesser extent during the Kosovo War, where they were deployed to help recover heavy armored vehicles of the Allied ground units.

The HERCULES was the primary 70-ton recovery system during Operation Iraqi Freedom. And, U.S. troops found a few other creative uses for its capabilities when they used it to pull down the Saddam Hussein statue in Baghdad on April 9, 2003.