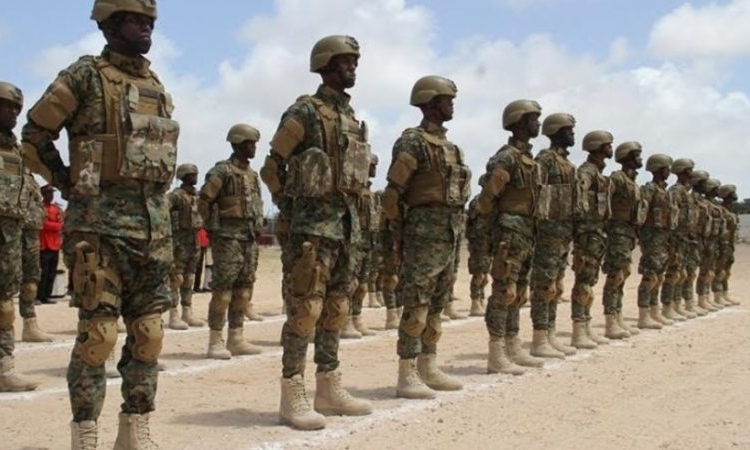 The first batch of Somali National Army (SNA) infantry battalion to be trained by the British Army graduated on 18 March at the UK-supported training facility in Southwest State, Somalia.

“Over 400 SNA soldiers have been trained over 12 months forming the first battalion,” the UK Embassy in Somalia announced the following day.

The infantry training began in January 2019, with the new Baidoa Security Training Centre being completed in the following month.

Through the training provided by British military personnel, the Somali National Army (SNA) troops learnt about gained skills in offensive and defensive operations, live firing, combat first aid, the law of armed conflict among other skills that will help them conduct effective security operations in the country.

“At the graduation ceremony the UK handed over a military barrack that will house up to 450 Somali troops and act as the military headquarters for the 8th Brigade in South West State.”

The new barracks is located in Baidoa, the capital of Bay region. Even with these, the work is not done, according to the UK Ambassador Ben Fender in a tweet, he said: “Covid permitting, our ambition is to have a fully formed UK-trained brigade within a year,”