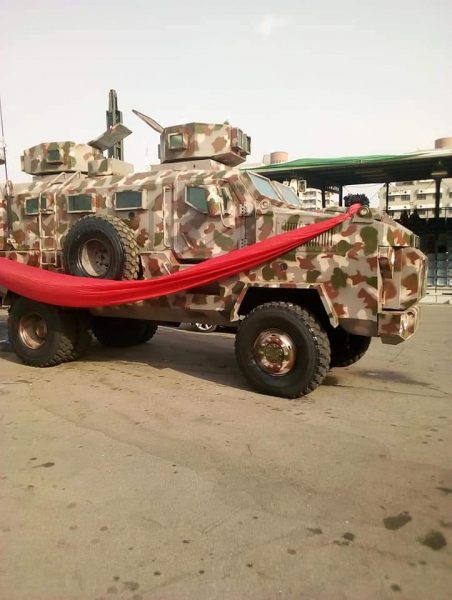 The Defence Industries Corporation of Nigeria (DICON) has unveiled a new variant of the indigenous tactical Ezugwu Mine Resistance and Ambush Protected (MRAP) vehicle.

The new version features a redesigned hull, dual rear wheel, while spotting two armored glass panes and a less pronounced frontal slope, unlike the first version which features a notable slope from the front of the vehicle all the way to the roof.

The new design was unveiled at the EXPO 2020 organized by the Federal Ministry of science and technology in Abuja.

The new version of the Ezugwu MRAP appears taller than the previous version, however, it still retains it double turret arrangement.

A 360 degree day camera is mounted on the hull of the new variant for use during reconnaissance mission.

the Ezugwu MRAP is reinforced to withstand small arms fire ranging from 7.62 mm to 12.7 mm from a distance of 10 metres.

Using innovative and revolutionary flat-bottom technology, it can resist Improvised explosive and mine blast up to 12 kg under the vehicle.

Ezugwu MRAP features a double enclosed turret which can traverse 360 degrees. Both turrets can mount all type of munition in the Nigerian Army inventory.

So far, the Nigerian Army has ordered twenty-eight of the first iteration of the Ezugwu MRAP. The agreement was signed by the Chief of Army Staff, Lt Gen Tukur Yusufu Buratai, represented by the Chief of Policy and Plans, ‘Army’ Lt Gen Lamidi Adeosun and the Director General of DICON, Maj Gen Victor Ezugwu at the Army Headquarters Abuja.

Four of the first variant have since been inducted into service. 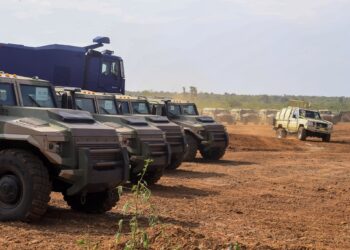 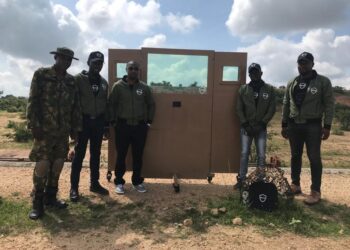