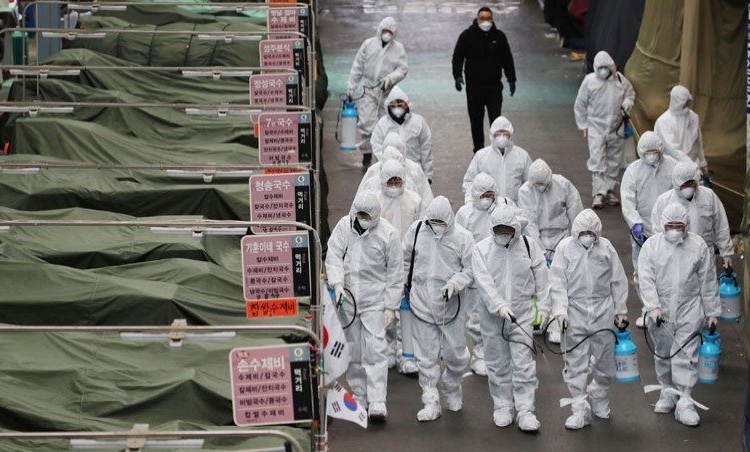 The South African National Defence Force’s (SANDF’s) is part of the national effort to evacuate more than 200 South Africans from Wuhan, China the epicenter of the novel COVID-19 (Coronavirus) epidemic.

This is according to an announcement made last week by President Cyril Ramaphosa to evacuate stranded South Africans in China not infected by the virus.

So far, more than 85,000 people worldwide have contracted the virus, with deaths topping 2,900.

President Cyril Ramaphosa stated that: “The departments of Health and Defence will deploy healthcare personnel and supporting staff to provide assistance during the repatriation and quarantine processes. The Department of International Relations and Co-operation (DIRCO) will deploy consular services personnel to provide consular assistance. Department of Home Affairs (DHA) will provide immigration services. Department of Social Development (DSD) will offer trauma counselling and support”.

The South African Health Minister Zwelini Mkhizewase was quoted saying the evacuation component “will be undertaken by the military in co-operation with DIRCO and the Chinese authorities, and that the evacuation mission would start within seven to 10 days of the directive which Cabinet gave the government on 26 February 2020 to start preparing to repatriate the South Africans.

The operation is to be led by the South African National Defence Force in cooperation with the Department of International Relations and Cooperation.

A multi-disciplinary medical team will fly to Wuhan to ensure pre- and inflight screening and medical care, Mkhize said. If any of the South Africans did not meet the medical screening requirements, or if they did not wish to go into quarantine for 21 days on arrival in South Africa, they would not be allowed to embark and would be referred back to Chinese health authorities.

There are approximately 199 South Africans living in Wuhan, of those, 151 had indicated a wish to be repatriated, while 16 South African citizens had indicated they did not wish to return. The S outh African government is also trying to locate the remaining South Africans but since the Chinese authorities have imposed severe restrictions on the movements of all residents, to try to contain the spread of Covid-19 it has remained a challenge.

Regarding the evacuation aircraft, there would be facilities on board to isolate any of the evacuees who showed symptoms or tested positive for Covid-19.

Since the South African Air Force C-130 airlift aircraft do not currently have the range or modern facilities to conduct the trip safely, an official sources from the SANDF said the aircraft would likely be a chartered South African Airways passenger jet equipped with an infection isolation area.

Once in quarantine in South Africa, the returnee from Wuhan would be held under strict military security to prevent entry or exit from the isolation facility.

Mkhize stressed that, “Legal action will be taken against any individual that goes against the stipulated regulations in relation to quarantine. There will be a medical facility installed as per standard military procedures and the quarantine facility will be collaborating closely with the designated facilities for Covid-19 in the country.

“On arrival, all quarantine members will be briefed and tested and there will be screening done at predetermined intervals. Should someone develop symptoms, they would be immediately isolated for further testing.

“Should the patient test positive for Covid-19, they would immediately be transferred to a designated referral facility.”

All affected equipment, venues, facilities et cetera will be subjected to decontamination protocols, including the evacuation aircraft.

Although, to date, there have been no confirmed cases of COVID-19 in South Africa, but two South African South African crew members of the Japanese cruise ship Princess Diamond, who had tested positive for Covid-19.

Concerning their status, Mkhize ecxplained that the South African government was in direct contact with them to monitor their progress as well as with the South African embassy in Tokyo and the Diamond Princess, which was berthed off the coast of Yokohama.