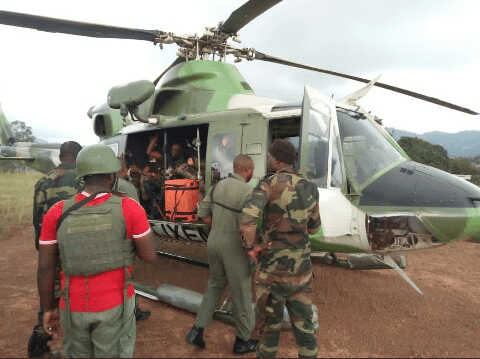 The Cameroonian Air Force has acquired a single Bell 412EP utility helicopter, increasing its fleet to a total of four.

The Bell 412EP utility helicopter with identification TJ-XRA was transferred to Cameroon after being cancelled from the United States register on 20 September 2019.

Cameroonian Air Force received two Bell 412EP in February 2010, but one of the helicopter crashed on November 22, 2010 while on a liason flight between Limbe and Yaounde, resulting in five casualties.

Cameroon’s Bell 412s are the used extensively by the BIR (Bataillons d’Intervention Rapide or Rapid Intervention Battalion) tasked with combating terrorists in the region.