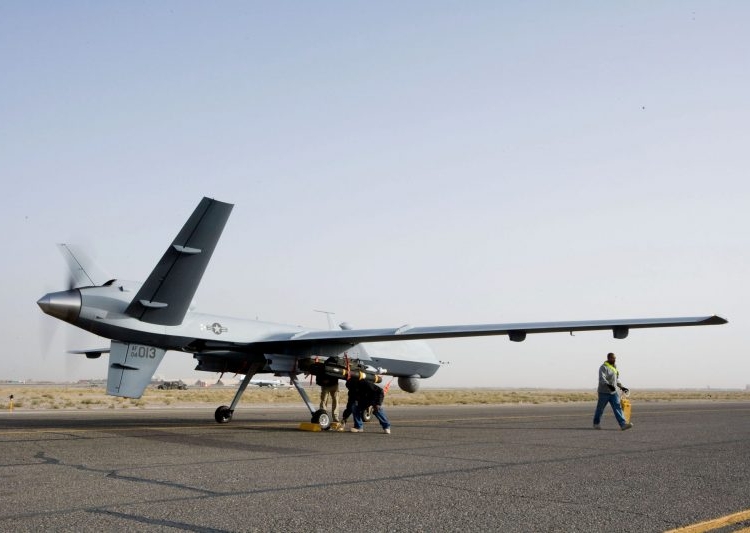 Aircrews perform a preflight check on an MQ-9 Reaper before it takes of for a mission in Afghanistan Sept. 31. The Reaper is larger and more heavily-armed than the MQ-1 Predator and in addition to its traditional ISR capabilities, is designed to attack time-sensitive targets with persistence and precision, and destroy or disable those targets. (Courtesy photo)

As efforts to build the next United States Air Force next generation of unmanned aircraft, as well as to scale down the use of “low-end fight” aircrafts, pressures are mounting to trim off some corners.

As part of its fiscal 2021 budget request, the USAF intends to cut MQ-9 Reaper production after buying just 24 units in 2021, -thereby cutting the total buy to 337 aircraft, and also ending some air patrols in the Middle East and North Africa (MENA), and shutting down the production line. A move which top military officials believe could negatively impact the ability to conduct operations and provide enough overwatch in hotspots in these regions.

Central Command (CENTCOM) Commander, U.S. Marine Corps Gen. Kenneth McKenzie told the House Armed Services Committee that CENTCOM still has a “genuine requirement” for the reaper in its counter-terror operations and most importantly, keeping an eye on Iran’s activities on the Strait of Hormuz.

McKenzie noted that, even though drones are now vulnerable to the increasing sophisticated Iranian air defense systems, however, the intelligence gathering capability of the Reaper drone is still essential today more than ever.

“We would like to see if there’s a way to keep those in theater and continue to use them,” McKenzie said referring to the MQ-9s.

Still on the issue, U.S. Africa Command (AFRICOM) Commander Army Gen. Stephen Townsend told the committee that while the Air Force’s needed to have assets for a high-end fight, “the lower-end stuff works really well for us in AFRICOM and CENTCOM.”

Will Roper, Air Forces’s acquisition boss told the members of the House Armed Services tactical air and land forces subcommittee on March 10 that although the Reaper has been a great platform the United States, however, “we just can’t take them into the battlefield. They’re easily shot down, Especially now that the US is looking towards “high-end fights.”

According to Roper, “there are things that are more high-end, military-unique things that are meant to be able to survive even in a contested environment. Obviously a lot of technology will have to go in and they’ll be likely expensive systems.”.