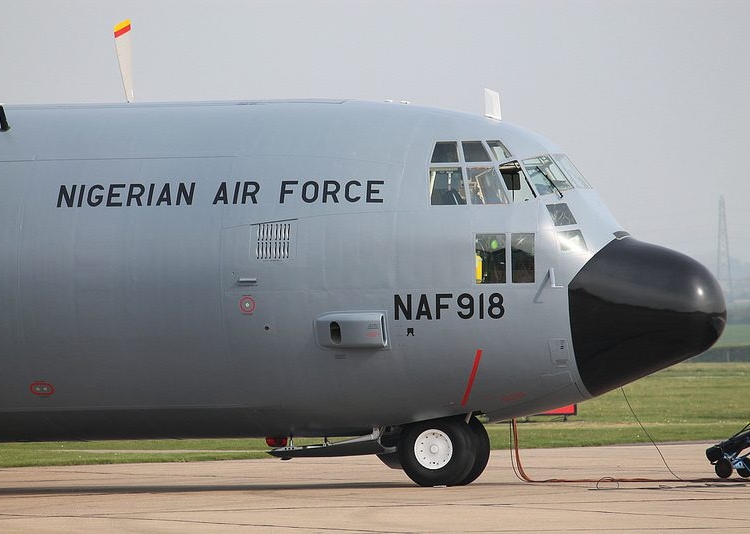 National Security Situation: The counter-insurgency war in Nigeria has prevailed for seven years; causing untold hardship to the citizens of the region, devouring a great number of financial resources as well as precious unrecoverable lives. [1] The much sought-after victory has continued to elude the Nigerian Military despite its determined efforts to triumph over the terrorists. In the conflict, the Nigerian Air Force has been criticized severally for being absent in the war efforts due to unavailable capable weapons platforms. [2]

Author and/or Article Point of View: Author writes from the perspective of a seasoned regional defence technology analyst focusing on Africa. The article is written from the point of view of the Nigerian Air Force decision-makers considering using modern technologies to sustain the counter-insurgency war, as well as offering options on the building of aerial capabilities in order to degrade the terrorist elements.

Background: Since the 1970s, the Nigerian Air Force (NAF) has largely lost its capability to conduct full-scale conventional warfare against near-peer adversaries. The gradual loss and degrading of the country’s aerial warfare capacity has directly affected its ability to wage a successful counter-insurgency (COIN) efforts against Boko Haram and Islamic State terrorists pushing from the North. [3]

The Nigerian Air Force’s emphasizes on utilizing cost-effective aerial platforms such as trainers aircrafts pressed into service in the frontlines has left the force with fewer capable platforms to properly prosecute the COIN war, however, with the insurgents’ ever-changing combat and survival tactics coupled with the increasing regional security uncertainties, the NAF began examining new approaches in meeting its constitutional mandates, even with its shrinking budget. [4]

Some of such approach adopted is the acquisition of Unmanned Combat Aerial Vehicles, re-purposing light utility helicopters in an attack role and also locally modifying its plethora of trainer aircraft with indigenously designed and manufactured rocket pods and drop bombs to undertake light strike roles on the frontlines. [4][5]

When the Nigerian Air Force cannot undertake its mandates due to limited aerial capability, the counter-insurgency efforts cannot be sustained. The military echelon will find it difficult to perform optimally, for instance, the NAF’s various Intelligence, Surveillance, and Reconnaissance platforms are critical in providing valuable information on the enemy’s disposition, troops strength and composition.

Also, the NAF’s strike and attack aerial apparatus are seen as the Nigerian Military’s de facto ‘far-reach’ capability; first to see the enemy, first to strike the enemy and first to report the enemy’s position. The Nigerian Air Force is simply the fulcrum that ties all the components involved in fighting the war, its role cannot be over-emphasized. In other words, if the Nigerian Air Force can’t assume control of the battlespace, a series of other goals aren’t feasible either because the command of the air enables other facets of military action on land. [6]

One solution is to enhance the collective lethality of all the NAF’s aerial platforms in-theatre and dispersing rather than concentrating these forces, relying on new weapons, sensors, training and tactics to defeat the aggressors. Distributed lethality is becoming the newest paradigm shift in offensive combat, aimed at ensuring joint force contribution. [7]

Adapting this strategy would ensure the Nigerian Air Force controls the battlefield; which enables deterrence of aggression, power projection as well as providing theatre security. This concept relies largely on resilient networks to coordinate the activities of all in-theatre aeroplanes spread over vast areas of landmass as seen in Nigeria’s northeast region. Every aircraft (offensive and otherwise), unmanned aerial vehicles and helicopters are a potential sensor and shooter in the shared effort, but the ability of the enemy to detect, track and adapt is greatly complicated.

Even though at the moment, West African based terror organizations lack credible anti-air/ aerial-denial capability, however, when the Nigerian Air Force offensive campaigns are organized around using just light attack aircrafts, Unmanned Combat Aerial Systems (UCAS) and attack helicopters, it doesn’t take a lot of thought for the enemies to figure out what to target. But when an offensive campaign is waged by diverse aircraft (fighters, trainers, transport, helicopters, UAV, etc) scattered over many miles, the enemy is challenged in determining where to focus its response.
This strategy could contribute to regional deterrence, enhance the survivability of the force in wartime, and get more value out of each warfighting asset.

Risk:
A) Financial constraints: As with all new changes especially in the defence sector, misusing money is always an issue. However, a staggered approach to implementation should be proposed. Instead of procuring new platforms, little bits of technology should be added to each platform. Such an approach should be utilized in glueing together the aerial platforms, sensors, and weapons, these incremental improvements are a step in the right direction. Furthermore, the Nigerian Air Force engineers have shown countless times that they are quite adept at rejigging non-offensive platforms into highly potent warfighting machines.

B) Adaptation: Frankly, the Nigerian Military is known for its fierce resistance to adjusting into new innovative warfighting techniques. However, Adapting the Nigerian Air Force for distributed lethality requires it to restructure its tactics, training and warfighting tools to a new way of waging war, and the most important items are weapons, networking, and sensors with increased offensive reach, integrated precision munition, improved battlespace awareness, and high-mobility training.

Gains: Adopting this strategy would increase battlefield coherence, tactical units synergy, and also the possibility of integrating more features like a battlefield ‘friendly force tracker’ in the future. The overall picture is one of a force that will likely gain reconnaissance assets with wider operational range; communications links that better support timely targeting of threats; procedures to optimally pair weapons with targets in a distributed environment; precision munitions with greater over-the-horizon capability.

Another option is to dedicate the Nigerian Air Force’s Intelligence, Surveillance and Reconnaissance (ISR) assets in a persistent deployment mode; whereby multiple ISR platforms are deployed to the forward edge of the battlespace for a longer period of time. This ISR platforms will be tied to a theatre-wide real-time target data sharing network (or data link similar to South Africa’s Link ZA or the United States’ Link 16) to instantaneously transmit the target’s data (location and imagery) to standby rapid reaction assets deployed in Forward Operating Bases. [8][9]

A) Increased deployment cost: With the ever-shrinking defense budget, deploying multiple aircraft for a long period of time drastically increases the operational cost. The amount of money needed to keep military aircraft airborne or in constant high-alert mode is considerable. Moreover, an increase in deployment or sortie rate results in aircraft downtime and the maintenance time required.
B) Aircraft availability: With the NAF’s limited aerial platforms, adopting Option #2 could pose a challenge. With the NAF currently being deployed in multiple fronts, option #2 could result in security lapses in some areas in the country. Unmanned vehicles could be especially useful in closing some of the gaps identified.

Gains: Option #2 offers the benefits of a reduced engagement time; since the time required from target detection to engagement is significantly reduced. With this in mind, surprising attacks from Boko Haram or ISWAP is lessened. Furthermore, the decision-making process in target engagement is also reduced because the burden would be passed on the field commanders, thereby lessening the strain on the command and control process.