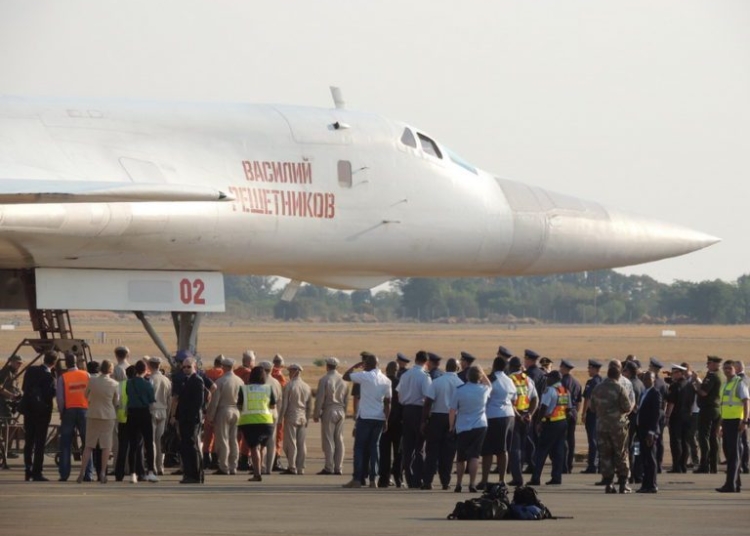 The two strategic bombers touched down at Waterkloof air force base in Tshwane on Wednesday, in a bid to nurture military ties with South Africa, marking the first time these bombers have made a visit to anywhere in Africa.

Accompanied by a support package of a single Antonov An-124 ‘Condor’ air lifter and Ilyushin Il-64 ‘Classic’ airliner, both made the 11,000 km journey from their home base in Russia.

The Tubolev Tu-160 Blackjack is a heavy supersonic long range strategic bomber, and is also currently the largest and heaviest swing wing bomber in service.

The exact route the nuclear-capable strategic bombers took to South Africa is unclear however, the visit demonstrates the long range capability of the Russian Tu-160 Blackjack.

For some time now, Russia has been trying to get a foothold in a West-dominated African geopolitics.

The Russian president accused former the West of exploiting African continent’s resources. “We see how an array of Western countries are resorting to pressure, intimidation and blackmail of sovereign African governments,” Putin said in an interview with TASS news agency.

In 2019, Russia’s trade with African countries rose to $20 billion however, it still did not rank among the continent’s top five largest partners.

In 2018, Russia and Nigeria signed a deal to supply 12 Russian-made Mi-35 attack helicopters to Nigeria, with six already delivered.

A military technical cooperation deal between Russia and Nigeria had already been drafted and waiting to be finalized.

Recently, the Russian Private Security Company Wagner has been observed playing a leading role in stabilizing the crisis in the Central African Republic.