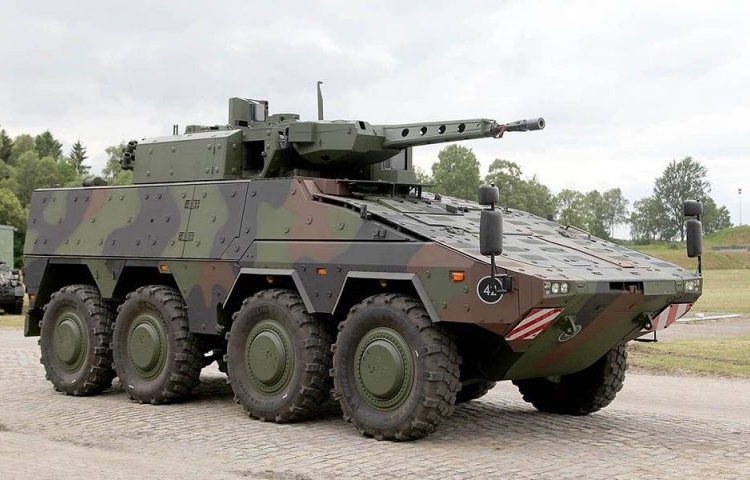 A photograph of a possible Algerian-assembled Boxer infantry fighting vehicle at a production facility have surfaced online.

In the photograph released via social media on October 7, it showed a Boxer IFV being transported on a trailer.

The photograph also stated that the location was at the Rheinmetall-Algerie facility near Aïn Smara.

The Boxer IFV was fitted with a Lance turret and also painted in factory tan color scheme.

Earlier this year, Algeria announced plans to start producing the Boxer Infantry Fighting Vehicle (IFV) under license by the end of 2020.

It is expected that the new locally produced Boxer 8×8 IFV will replace the BTR 60 and BTR 80 Armored Personel Carrier (APC) in service.

By and large, the Algerian defense industry is geared towards self-sufficiency thus, in 2014, Rheinmetall Defense and Algeria entered a USD2.7 billion deal to build the Fuchs-2 APC in Algeria.