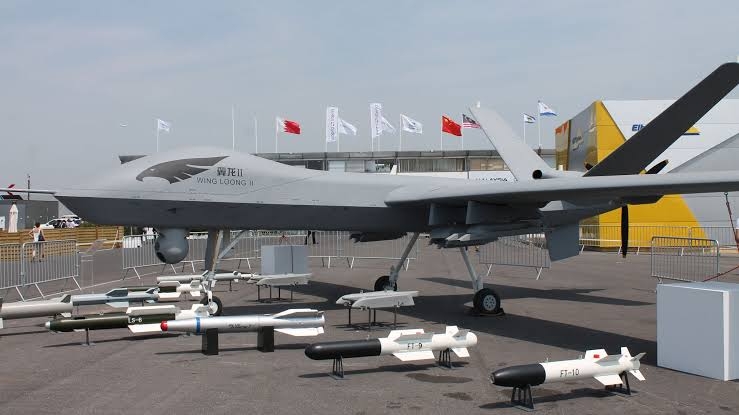 The ongoing civil war in Libya has entered a new phase, unmanned aerial vehicles (drones) are increasingly being used by both sides.

The attack to destroy the Bayraktar TB2 UAV was carried out using a Blue Arrow 7 (BA-7) guided missile.

This recent attack is as a result of numerous successful reconnaissance and ground attack operations by the Turkish Bayraktar TB2.

The GNA received 12 Bayraktar TB2s in two batches between May and July, at least half of them have been destroyed during UAE airstrikes using Wing Loong IIs, the second batch delivered in July was to replace the losses of the first.

A third batch was delivered at the end of August following new losses over the summer.

Although, Tripoli’s government is at a disadvantage compared to its adversary because the range of the Bayraktar TB2 is only 150 km without ground relay antennas contrary to Wing Loong II which use satellites”.

So far, the GNA is not only denying the UAE-backed LNA air supremacy in Libya but is also proving very capable of striking them. However, more capability, Turkey may try to send bigger TAI Anka-S armed MALE SİHA (Medium Altitude Long Endurance) drones.

The Anka-S, like the Wing Loong II, resembles the American MQ1A Predator drone although is slightly heavier.

For instance, within that period, two Aeronautics Orbiter-3 Small Tactical UAS was shot down by LNA forces. While in April, a Russian made Orlan-10 UAV shot down in Libya.

Even Iranian-made drones like the Ghod Mohajer are also being used.

Over the years, Libya has witnessed a sharp rise in drone proliferation, the use of unmanned aerial vehicles was always a preserve of the Western countries.

Israel pioneered the use of attack drones in the late 2001, the United States followed suit thereafter, since then attack drones have become the weapon of choice for Counter Insurgency operations especially in Africa.

Drones, which are becoming cheaper and more versatile, are likely to play an expanding role in future African conflicts as well as terrorist attacks.

To date, drones have become commonplace in modern warfare, with more than a dozen countries employing. Proliferation of armed drones throughout the world is a growing concern.

Such that, given the proliferation of drone technology among terrorist organizations, the long-term implications for civilian populations are sobering.

For example, Boko Haram has recorded several of its recent drone operations from the point of view of the drones themselves.

Therefore, drone attack on a major population center, either in the Middle East or in Africa, seems inevitable unless the threat is given due attention and effective countermeasures are implemented.