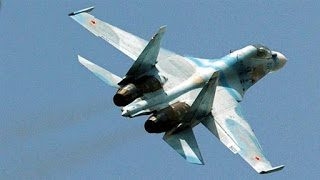 The Algerian Air Force has ordered additional Su-30MKA and MiG-29M/M2 fighters from Russia in a contract worth nearly $2 billion.

According to Vedomosti, a Russian-based newspaper, Algeria ordered an additional 16 Su-30MKA and 14 MiG-29M/M2 fighter jets for $1.8 mill excluding weapons and training.

These will complement the 58 Sukhois and MiGs already in service with the Algerian Air Force.

The MiG-29M and two seat MiG-29M2 offers longer range due to increased internal fuel, a lighter airframe, slightly more powerful and improved RD-33MK engines, an in-flight refuelling probe, multi-function displays in the cockpit and improved avionics than the legacy MiG-29.

To replace its aging fleet, Algeria had previously ordered 34 new MiG-29SMTs from Russia, but due to quality problems Algeria refused further deliveries after 15 had been received and Russia instead supplied Algeria with 16 Su-30s.

Algeria received its most recent batch of Su-30s in 2016/17. The Su-30MKA operated by the Algerian Air Force is a specialised variant of the Su-30MK fitted with a mix of French and Russian avionics. The former includes a head-up and multifunction displays manufactured by the Thales Group and Sagem of France.

In 2016, Algeria was interested in acquiring the Su-34 strike aircraft from Russia but it seems little came of those discussions.