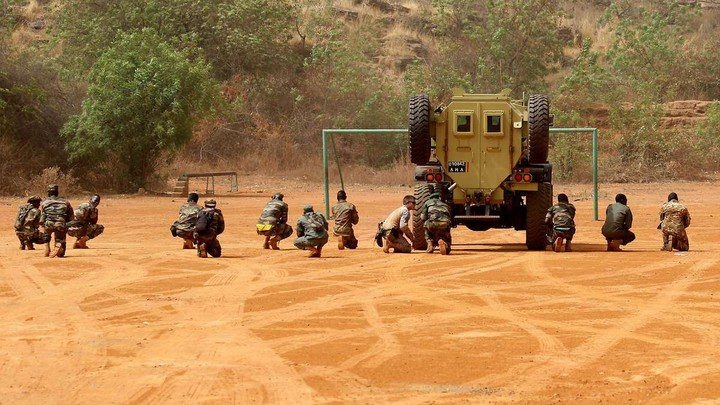 As part of Germany’s efforts to increase the security in Mali, the European country donated 29 Casspir armoured personnel carriers and other equipment including 4,100 bullet-resistant vests, 4,300 combat boots and 2,700 ballistic helmets to Mali on July, 20.

The Malian Armed Forces (FAMa) which is currently battling various Islamic militants is in the process of turning one of its infantry regiments into a mechanised unit equipped with South African-made Casspir mine-resistant armoured personnel carriers.

Prior to the delivery of 29 Casspir MRAPs, the German Federal Ministry of Defence disclosed that a South African company had provided training to the drivers and mechanics and that ten Casspirs have been previously delivered with ten more on their way.

The Malian Armed Forces explained that elements of the European Union Training Mission (EUTM) Mali has been training Malian forces on the Casspir armoured personnel carriers, and that it had been delivered to its Sévaré-based 61st Infantry Regiment, a new battalion-sized unit in central Mali.

According to the Germany’s Federal Ministry of Defence, Malian soldiers were taught by a team of Irish, Czech and Hungarian trainers on evasive tactics from enemy shelling, improvised booby traps attacks and a variety of situations.