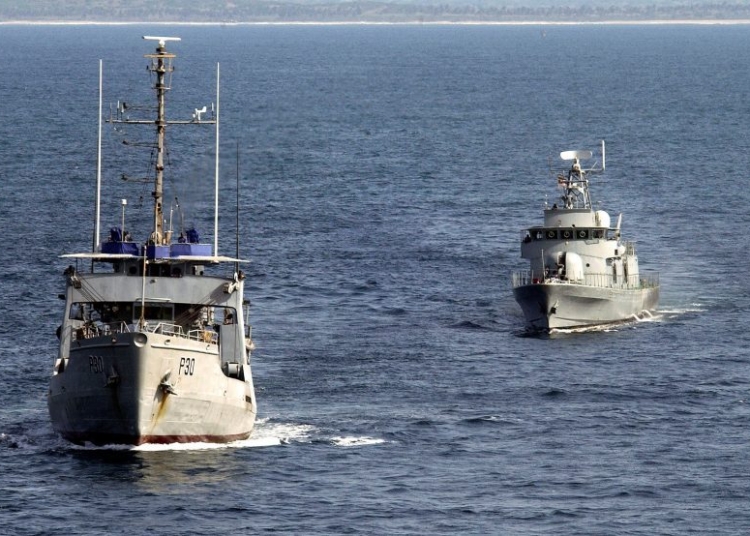 The Ghanaian Navy has ordered eight naval vessels including two offshore patrol boats for the protection of the country’s offshore oil and gas infrastructure. This is according to the Minister of Defence, Dominic Nitiwul who disclosed during the just concluded International Maritime Defence Exhibition (IMDEC 2019) conference held in Accra on 24 July.

Dominic Nitiwul revealed that the two offshore patrol vessels are capable of staying at sea for a long time to be able to patrol Ghana’s exclusive economic zone (EEZ) of 200 nautical miles and extended continental shelf of 350 nautical miles.

With a focus on improving maritime security in the Gulf of Guinea, the Ghanaian Navy is also constructing a new forward operating base (FOB) at Edzinlibo in the Western Region that would enable the navy to operate the offshore patrol boats. The contract for the naval vessels and the new FOB is expected to cost $200 million USD.

“We have also signed a contract worth 200 million dollars for the construction of a forward operating base at Ezinlibo and associated patrols boats in the western region to give close protection to out offshore oil and gas infrastructure,” he added during the International Maritime Defence Exhibition and conference in Accra on Wednesday.

“As we all know the sea is the super high way for global trade and Africa’s quest for a continental free trade area cannot be successful without a secured maritime domain,” he said, adding “this means, as Africa mobilizes to navigate the future together now through the 2050 Africa integrated maritime strategy, interagency cooperation as well as joint and combined collaboration among land, sea, and air forces in Africa, would be integral to the achievement of this vision.”

The Chief of Naval Staff (CNS), Rear Admiral Seth Amoama said piracy and armed robbery in the Gulf of Guinea continue to pose a significant threat to regional and international shipping.

“Incidents of theft, kidnapping for ransom, illegal fishing and drug trafficking are common across our oceans.”

To address these maritime security challenges, the CNS said several collaborative attempts have been made and key among them was what he called “the synergistic approach to dealing with maritime crimes.”

The conference organised by the Ghana Navy in conjunction with Great Minds Events, forms part of the Navy’s 60th-anniversary celebration and was being attended by over 15 chiefs of navies from Africa and beyond and several other very senior admirals as well as over 300 delegates and exhibitors from 25 countries and 34 organisations.