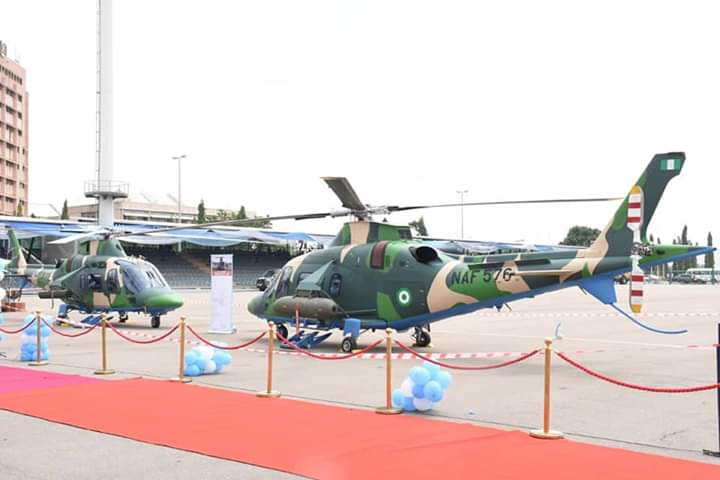 An aircraft belonging to the Nigerian Air Force (NAF) has crash-landed on Wednesday, June 12, Democracy Day during a routine aerial patrol in Kastina.

According to official sources, the helicopter crashed in the process of landing while returning from an anti-banditry combat mission in the Northwest, when it crashed at the Umaru Musa Yar’adua Airport around 3:30 pm.

The helicopter is part of the air component deployed for Operation Hadaran Daji, there have been growing concerns over the spate of killings and kidnappings in the northern region, especially North-Western states like Zamfara, Katsina and Kaduna.

However, the military in a statement added that there was no loss of life, either of persons on board the helicopter or on the ground.

Although it is not yet known the type of helicopter involved in the accident, however, a Nigerian security framework analyst who spoke to Military Africa believes that it is likely one of the newly delivered EC-135 utility helicopter or the Agusta AW-109 Light utility helicopter.

The Chief of the Air Staff (CAS), Air Marshal Sadique Abubakar, has immediately directed the constitution of a Board of Inquiry to determine the exact cause of the incident.

A total of eight aerial platforms are currently deployed in the North Western theater including, attack helicopters, Alpha Jets and ISR platforms.