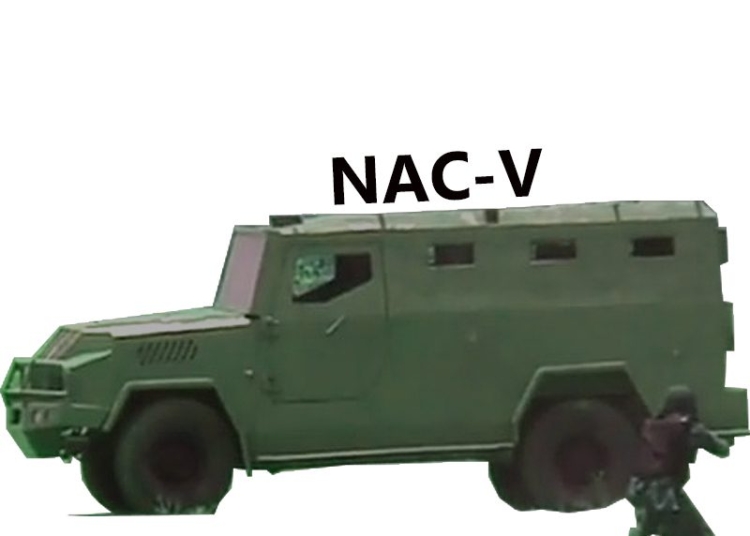 Nigerian Chief of Army Staff Lieutenant General Tukur Buratai said the desire to develop both light and heavy combat vehicles to meet current operational and tactical demands in counter-terrorism and counter-insurgency operations, as well as future needs, necessitated the establishment of NAVMC.

At the same time, The NAVMC needs at least N1 billion ($2.7 million) of investment, which the Nigerian Army is sourcing to build vehicles to combat terrorists and insurgents.

“Nigeria has recently been bedevilled by different forms of insurgencies: Boko Haram, kidnapping, armed banditry, armed robbery and cattle rustling, but the demonstration of locally made bulletproof ballistic vests, NA armoured light tactical vehicles and mine sweepers produced by NAVMC showed that the military will soon be better equipped to stem the challenge”, Buratai added.

“We are already sourcing for the sum of N1 billion to support the Nigerian Army Vehicle Manufacturing Company. We have a number of investments in the Army that have been generating a huge amount of money and we will take a loan from there to support Nigerian Army Vehicle Manufacturing Company to realize our dream of producing indigenous armored fighting vehicles and to continue to maintain our existing equipment.”

“You have been promised by the group managing director of NAVMC that in the next three to four months, we should have brand new vehicles originally produced by the Nigerian Army for use in the Army and the general public that may find it useful, especially the paramilitary agencies.

The Chief of Army Staff, Lieutenant- General Tukur Buratai has said that the Nigerian Army suffered some limited setbacks in the ongoing counterinsurgency operations in the North East, partly due to the ineffectiveness of some armored fighting vehicles and other light skin vehicles imported from overseas.

He said the Service will begin to export combat vehicles to other African countries in the year 2030.

He maintained that the Nigerian Armed Forces ability to tackle internal and external challenges shows that much needs to be done to reposition the Nigerian Army and the Armed Forces of Nigeria as a whole towards self-sufficiency in the production of indigenous military equipment and other arsenals of war.

The COAS added that in order to promote indigenous contractors and local content policy of the Federal Government, the military vehicle manufacturing company will partner with some companies like ASD Motors Nig Ltd, Venture Force Limited, Innoson Motors, Machine Tool Company Osogbo and Peugeot Automobile Kaduna amongst others.

According to Buratai, “The overall objectives are to ensure that navmc meet the NA vehicle requirement by 2025 and begin export of its products to other African Countries by 2030.

“I am exceedingly pleased to acknowledge that within 6 weeks of its existence, the Company has met my mandate by refurbishing a total of 35 Toyota Buffalo Vehicles, 8 AFVs of various variants, 10 assorted heavy duty generators and over 10 different TCVs, water tankers and mobile workshops.

“The foregoing perspectives clearly indicate that for Nigerian Armed Forces to overcome our internal and external asymmetric security challenges, there is the dire need to begin a 360 degrees’ deviation from over-reliance on the importation of all classes of tactical and heavy operational vehicles to indigenous production of mobility war machinery.”

Meanwhile, the Managing Director of navmc, Major General Victor Ezeugwu said the immediate plan of the manufacturing company is to refurbish a total of 100 different categories of AFVs and soft skin vehicles repatriated from UNAMID to support the ongoing counter-insurgency operations in North East.

“Within a period of 2 months, we have achieved over 65 per cent of this mandate. The COAS has made concerted efforts to lay a solid foundation for navmc,” Ezeugwu.