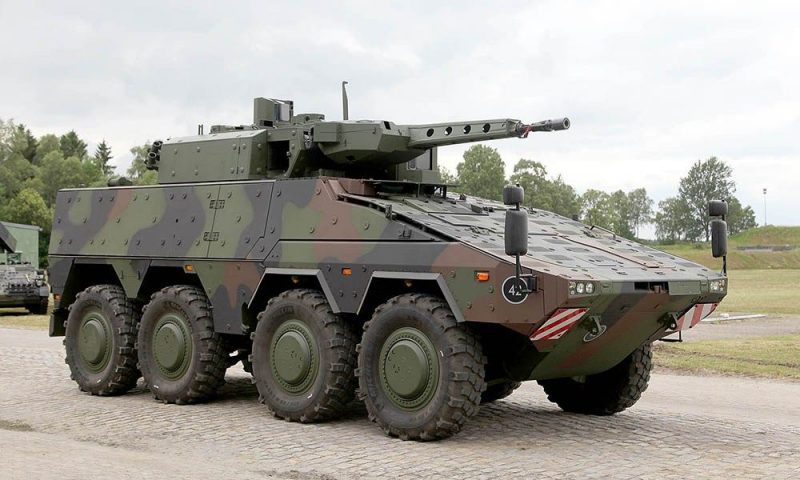 Algeria has announced plans to start producing the Boxer Infantry Fighting Vehicle (IFV) under license by the end of 2020.

The high-density steel and other essential materials needed to produce the vehicle will be imported and assembled in Algeria, it is believed that the new locally produced Boxer 8×8 IFV will replace the BTR 60 and BTR 80 Armored Personel Carrier (APC) in the Algerian Military’s service.

The 8×8 Boxer IFV was developed by Rheinmetall Defense, it is a highly modular state-of-the-art armored vehicle which can perform a wide variety of roles. These include ambulance, armored personnel carrier, cargo, battle damage repair, engineering, and infantry fighting vehicle.

A number of mission variants are currently under development, including a troop carrier for transporting an infantry section, a field ambulance, a combat engineering section vehicle, C4I, and C2 command vehicles, a logistics vehicle and a battlefield maintenance vehicle.

The Boxer IFV was designed to withstand anti-personnel and anti-tank mines under the wheels or sides and can apparently withstand 14.5 mm armor piercing ammunition. A 720 hp MTU diesel engine drives an automatic transmission, giving a top speed of around 100 km/h and range of over 1 000 km.

By and large, the Algerian defense industry is geared towards self-sufficiency thus, in 2014, Rheinmetall Defense and Algeria entered a USD2.7 billion deal to build the Fuchs-2 APC in Algeria.

A total of 980 Fuchs-2 6×6 APC was built by Algeria, with the first vehicle displayed in May 2015 when the Algerian Chief of Staff Lieutenant General Ahmed Gaïd Salah paid a courtesy Visit to the  Republican Guard’s Special Intervention Regiment.