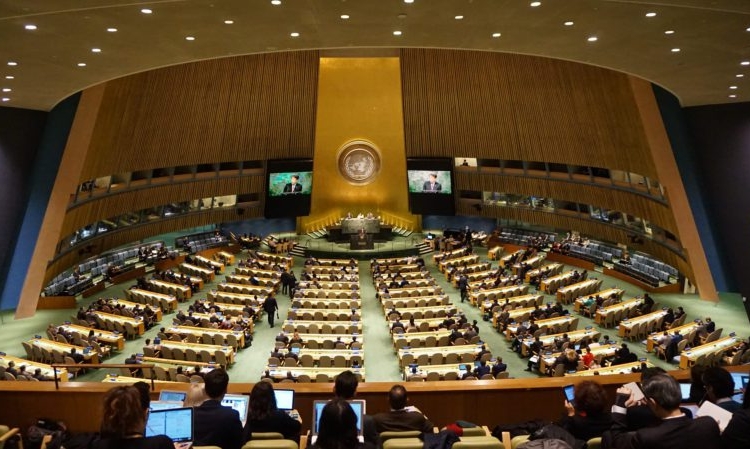 In a landmark event, South Africa alongside a number of countries submitted its Instrument of Ratification of the Treaty on the Prohibition of Nuclear Weapons (TPNW) to the United Nations (UN) in New York.

This development makes the country the 22nd state in the world to submit on nuclear arms ban. Lindiwe Sisulu the South African Minister of international Relations and Co-operation said in a statement:

“South Africa’s ratification of the TPNW sends a positive signal of our continued commitment towards the achievement of a world free from the threat posed by nuclear weapons and ensuring nuclear energy is used solely for peaceful purposes,”

Th TPNW was adopted by a vote of 122 States in favour at the UN on 07 July 2017. On 20 September 2017, the Secretary-General of the UN Treaty opened the treaty for signatures. South Africa signed the Treaty at a signing ceremony held on the margins of the 72nd Session of the United Nations General Assembly.

The primary aim of the TPNW is establish an international norm, de-legitimising and stigmatising the possession of nuclear weapons. It aims to contribute towards achieving the objective set out in the very first resolution adopted by the UN General Assembly in 1946 to eliminate all weapons of mass destruction.

“While we celebrate this historic achievement, we are fully aware that much work remains to be done to achieve our goal of a world free of nuclear weapons. Beyond the entry into force of this Treaty and working towards its universalisation, we will not relent in our efforts towards securing the full implementation of the commitments made by State Parties in fulfilment of their NPT obligations, particularly the nuclear disarmament obligations that have been neglected for too long.”

The TPNW will enter into force 90 days after 50 states ratify or accede to it. In response to this development, the International Committee of the Red Cross (ICRC) commends South Africa’s decision stating that by fully ratifying the Treaty on the Prohibition of Nuclear Weapons, the country is contributing to a global ban on nuclear weapons.

Sarah Mabeza, regional legal advisor at the ICRC disclosed that “We look forward to the South African authorities swiftly translating relevant parts of this ground-breaking international agreement into South African law,” and that such a move will enable provisions that prevent the manufacture, transfer, possession or stockpiling of nuclear weapons to be fully enforced.

Twenty five years ago South Africa acceded to Nuclear Non- Proliferation Treaty after dismantling its nuclear weapons. The country’s nuclear development dates back to World War II when the US Manhattan Project was looking worldwide for uranium to make nuclear weapons.