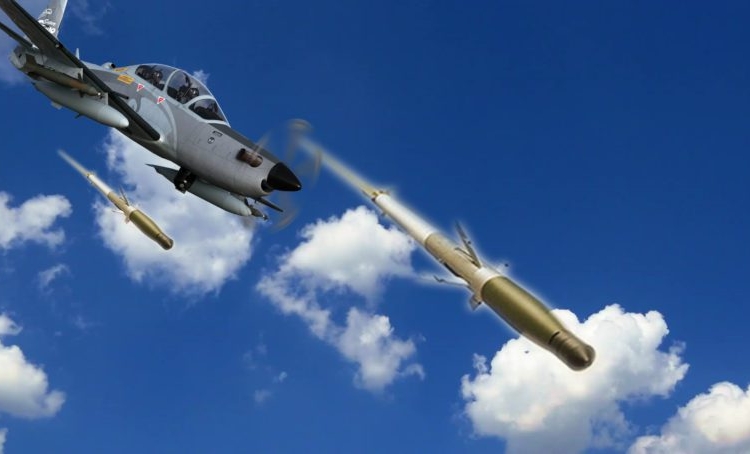 The United States Department of Defense (DoD) confirmed on 6 February, that a USD225 million contract for the Advanced Precision Kill Weapon System (APKWS), was awarded to BAE Systems for all four branches of the US military, as well as the governments of the Netherlands and Nigeria.

The Advanced Precision Kill Weapon System (APKWS) as well as the GBU-58 Paveway II guided bombs are both options for the 12 Embraer EMB 314/A-29 Super Tucano light strike aircraft which was requested by Nigeria.

The Advanced Precision Kill Weapon System (APKWS) is a combat-proven, semi-active laser-guided 70 mm air-to-surface rocket system designed and manufactured by BAE Systems in collaboration with the US Government. The weapon system is currently deployed by the US military forces.

According to the manufacturer BAE Systems, the APKWS is approximately one-third the cost and one-third the weight of the current inventory of laser-guided weapons, has a lower yield more suitable for avoiding collateral damage. The munition takes only one-quarter of the time for it to be loaded and unloaded by weapons personnel.

The advanced, highly precise APKWS rocket system features a point-and-shoot design and requires no maintenance. It is capable of engaging stationary and moving enemy targets with greater flexibility, while offering superior survivability for the crew.