US to build new drone hangars at Chabelley Airfield in Djibouti 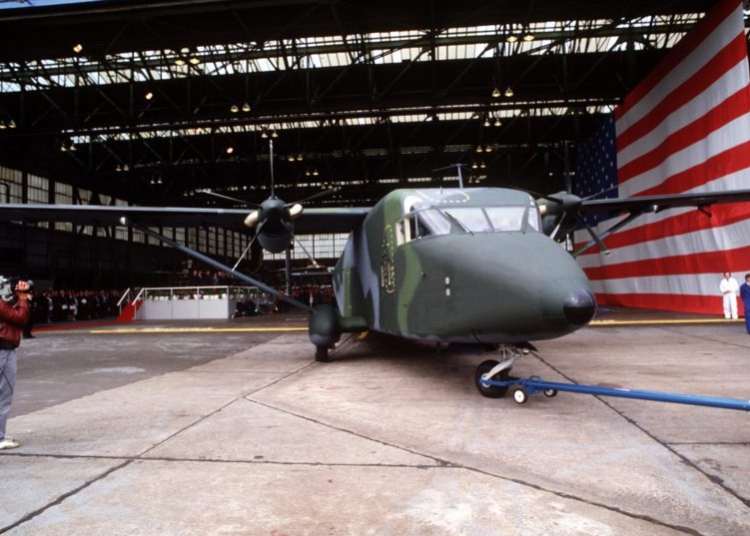 The first US Air Force C-23A Sherpa aircraft is rolled out of a hangar at Belfast Harbor Airport during the official introduction ceremony. Built by Short Brothers Limited of Belfast, the C-23A will be used by the European Distribution System Aircraft Program to ferry aircraft parts and engines to bases in Europe.

The United States has awarded a contract to an Italian company Consorzio Stabile GMG SCARL to build new hangars at Chabelley Airfield in Djibouti, according to a notice published on the US Federal Business Opportunities (FBO) website on 13 December.

According to the report, the contract includes the construction of four semi-permanent aircraft maintenance hangars to replace temporary large-area maintenance shelters (LAMSs) at Chabelley, from where US Air Force Reaper and Predator unmanned aerial vehicles (UAVs) have flown since 2013.

The partially redacted notice was released to justify the non-competitive contract award on the basis that there was only one company that could provide the required services.

The contract was awarded to the Italian company Consorzio Stabile GMG SCARL in April because the company is already conducting work at Chabelley.

Chabelley (Somali: Chebele), is a village in the southern Arta region of Djibouti. It lies less than 13 km from the capital Djibouti City. As of 2012, Chabelley has a population of around 723 inhabitants.

According to the Fiscal Year 2017 military constructionbudget, the Air Force has proposed spending $6.9 million on paving the parking aprons and taxiways with asphalt or concrete. Currently, the base is constructed using AM-2 metal matting, 12-feet-long aluminum panels that are used to rapidly build aircraft parking pads and taxiways. The AM-2 matting, which the Air Force has been using since the 1960s, is not intended for permanent use, and it can damage the aircraft if it is not maintained.

The FY17 budget proposal includes $3.6 million to pave the 3.4 mile gravel access road between Camp Lemonnier, the much larger U.S. military base that adjoins Djibouti–Ambouli International Airport, and Chabelley Airfield. Currently, the road is is subject to protruding boulders, edge washout, and potholes. Construction on internal access roads linking parts of Chabelley Airfield has already begun. On April 30, 2016, the Air Force issued a $22,272 contract to MGT Djibouti SARL for gravel for roads at Chabelley Airfield. The satellite image shows a walled staging area for construction vehicles near the entrance to the airfield.