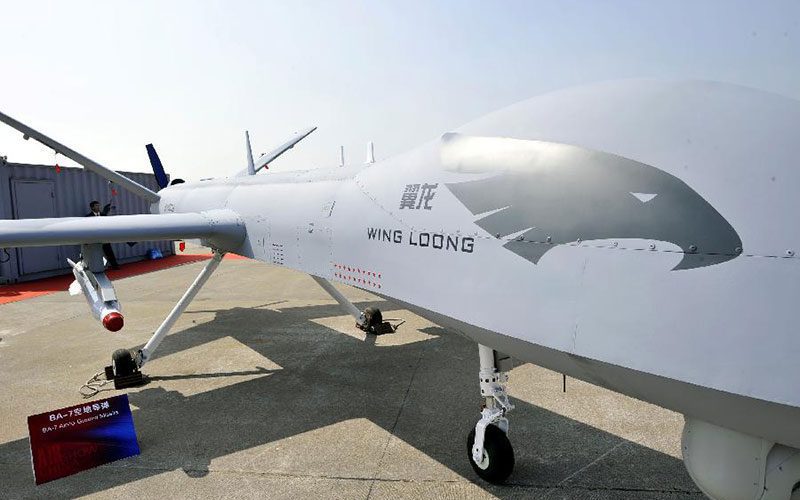 The Wing Loong is equipped with a tri-cycle

The Egyptian Air Force Wing Loong UCAV could be seen armed with a pair of Blue Arrow 7 laser guided missiles.

According to the video, the Egyptian Air Force has procured other modern types of UAVs.

The Egyptian military is among the top countries in Africa to deploy armed drones in combat alongside Nigeria and South Africa.

The Wing Loong UCAV has the ability to perform combat operations and civil tasks such as disaster assessment, meteorological operations, and environmental protection.

A satellite communications antenna, mounted on the bulge at the top front surface of the fuselage, facilitates data transmission between the UAV and the ground control station.

The unmanned combat aerial vehicle can be armed with a variety of weapons including laser-guided bombs and missiles to attack and destroy air or ground-based targets.

The Wing Loong has a maximum flight speed of 280km/h, can operate over a range of 4,000km, and fly up to a maximum height of approximately 5km.It can perform missions for more than 20 hours and can transmit data over a line of sight (LOS) range of 200km.