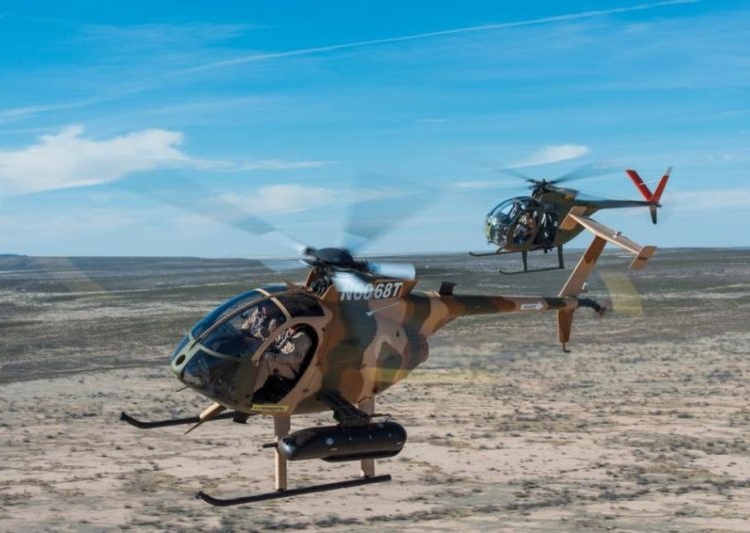 Initial deliveries for the helicopters is expected to take place in April 2019, with all aircraft delivered prior to the August 2019 contract completion date.

“This aircraft will be an exceptional addition to the KDF fleet,” Tilton concludes. “It is effective, efficient, and a proven performer in combat operations. It is gratifying to see this iconic airframe rise, once again, to be the standard for light scout attack helicopter operations worldwide.”

In addition to an advanced, all-glass cockpit and ballistic ally tolerant crash-worthy fuel system, Kenya’s MD 530F Cayuse Warrior fleet will be outfitted with the full complement of mission equipment standard to the Cayuse Warrior:

Recall that in May 13, 2017, Kenya Defence Force requested to purchase of 12 MD 530F helicopters from the United States, at a proposed cost of $253 million including weapons, ammunition and technical support.

Also, the Kenyan Air Force has decided to go for the new re-branded AT802L Longsword Counter Insurgency aircraft having scrapped the deal it had with IOMAX Air Tractor Archangel aircraft. Kenya Air Force will acquire the aircraft with the new wings says L3’s Vice President Pat Penland. He also said that his company is working round the clock to fulfill Kenya’s Order since the country ‘desperately’ needs it to combat Al Shabbab terrorists and the aircraft order will be fulfilled within months.

The Kenyan Air Force has also received about three C-27J Spartan tactical transport aircraft and an undisclosed number of AW139 utility helicopters from Leonardo Helicopters ordered by the government to boost its operational capabilities. This was revealed in a new report submitted to the parliamentary public accounts committee by the Kenyan Treasury Secretary Henry Rotich.

According to the report, the C-27J Spartan military transport aircraft were acquired for Sh20 billion (S$198 448 276) from an Italian aircraft manufacturer.

The MD 530F Cayuse Warrior Scout Attack Helicopter is an  evolution of the OH-6 Cayuse light observation helicopter, it MD 530F is fast, agile and has the  ability to operate with ease in confined spaces.