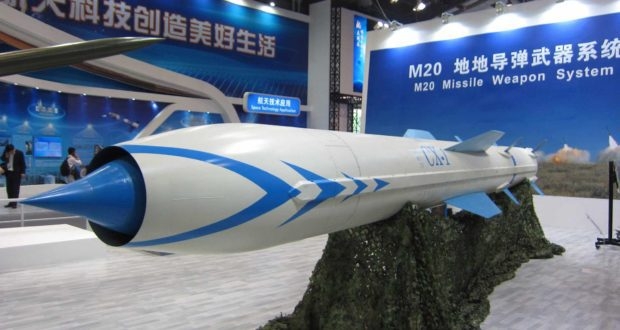 It might appear that the Algerian Navy may have acquired about a dozen new Chinese mach 3 capable CX-1 anti-ship missile to replace its aging Russian made Styx coastal defence battery.

The procurement process which was completed after almost a decade of studies and negotiations.

Initially, it was believed that the Algerian Navy would go for the Russian Bastion missile system based on the Yakhont missile. However, military experts opines that due to the high cost of the Bastion system, the service might have opted for the cheaper Bale-E coastal defence system which is also based on the subsonic KH-35 (AS-20 ‘Kayak’) cruise missile already in service with the Algerian army. Apparently, this was not the case.

The new CX-1 missile system will complement the soon to be delivered Project 22160 class warship under construction in Kiev.

With capabilities surpassing the Brahmos or the Russian P-800, the CX-1 is like to become a popular export worldwide which could very well outcompete rival platforms.

The induction of the CX-1 into Algerian service is a game changer for its coastal defence capabilities which will complement the considerable investments already made in air defence.

The CX-1which resembles the Indian/Russia BrahMos cruise missile with a large intake in the nose, referred to as the “axial symmetrical inlet” has a speed of Mach 3

which is sufficient enough to tear a large enemy warship in half with the sheer force of its impact, which combined with its 260kg warhead can disable if not sink almost any surface vessel with a single strike.

The sale of the CX-1 demonstrates China’s fast improving position as a leading global arms exporter – one threatening to challenge both Russian and Western sales in their traditional spheres of influence.

The missile is likely to remain in Algerian service for several decades, and acquisitions of more capable anti access area denial systems, both maritime and otherwise, remain likely in future.

The Algerian Army is expecting to receive a sizable amount if the formidable BMPT-72 Terminator tank support combat vehicle, the country has already upgraded some venerable BMP-80 APC as an interim measure.