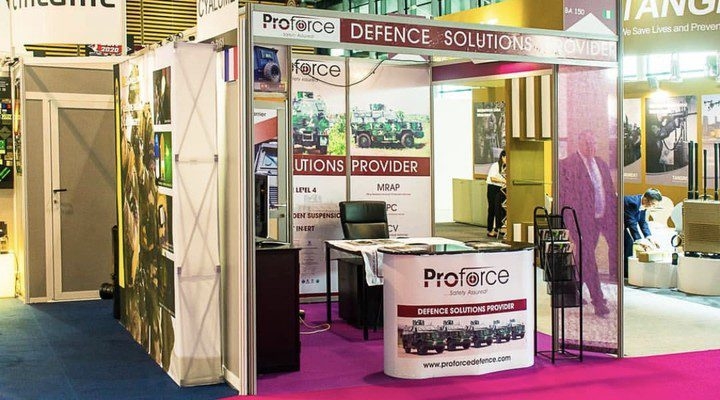 Proforce Limited, a Defence Company from Nigeria which pioneers the development and design of armoured vehicles (Tactical vehicles, SUVs and Armoured Personnel Carriers (APCs) has (for the first time) exhibited its products at the well-renowned Eurosatory 2018.

Eurosatory 2018 is an avenue where notable global defense companies come to showcase their latest designs. This years event which is taking place in Paris is expected to host about 1 571 exhibitors, 57,024 audience, 713 news men in a 167 217 sqm of exhibition ground.

It is expected that Proforce Limited would showcase its flag product which is the first Nigerian-made combat ready mine-resistant ambush-protected (MRAP) optimized for the African market. The new MRAP known as the Ara (‘Thunder’) MRAP  vehicle was initially unveiled by the company in a defence exhibition called AAD 2016 held in South Africa on 14-18 September 2016.

Nine Units of the Proforce Ara MRAP  has already been delivered to the Nigerian Army which undertook several state’s field trials thus, it has been deployed to the Northeast combat zone to assist the Nigerian military counter the IED threats.