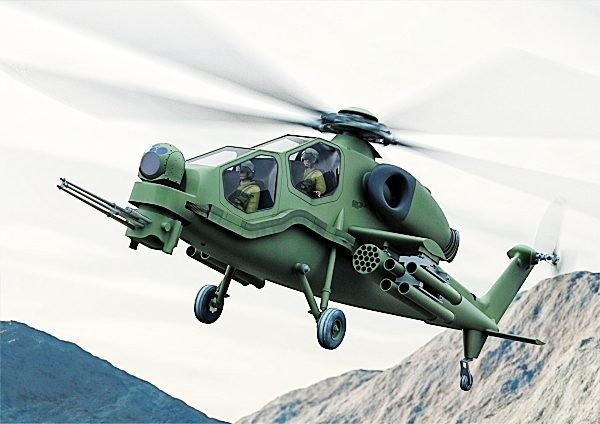 A delegation composing of senior military personnel from the Royal Moroccan Armed Forces on June 20th reportedly visited the Turkish Aerospace Industries (TAI) headquarter to discuss on the possibility of purchasing the TAI T-129 ATAK helicopter.

The news was first reported by FAR-Maroc – a Moroccan defense news website. FAR-Maroc disclosed that the decision came as a result of the T-129 successful combat debut at the Syrian front in the battle for Afrin, code-named “Operation Olive Branch.”

The T-129 lightweight attack helicopter is jointly developed by Augusta Westland of Italy and Turkish Aerospace Industries (TAI) of Turkey. It is a derivative of Italian A-129 Mangusta , modified to suit Turkish needs.

The TAI T-129 is designed to be deployed in a wide range of operations including anti-tank, scout & reconnaissance, convoy escort

The T-129 ATAK helicopter has a 20 mm three-barrel cannon in a nose turret. It can also carry Stinger air-to-air missiles or two unguided rocket pods totalling 1,200kg in four hardpoints.

The TAI T-129 ATAK helicopter has enjoyed positive feedback from the international defense community. Apart from Turkey which has received 27 production models, Pakistan has also placed an order for 30 units.