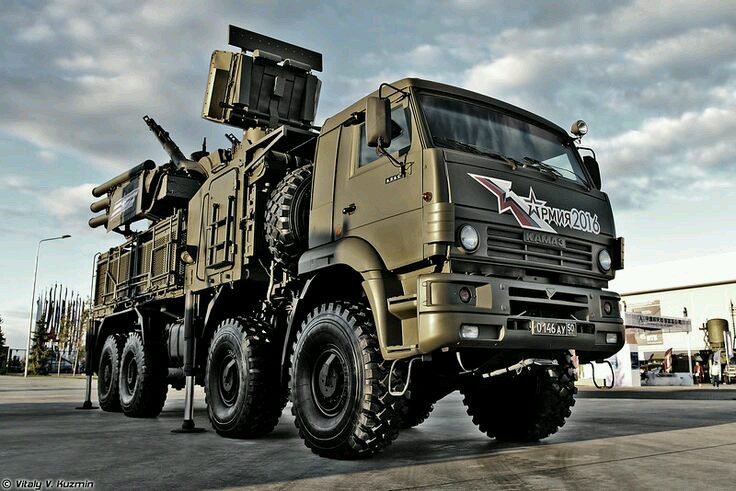 The Russian Kommersant newspaper has confirmed at a meeting of the Commission for Military-Technical Cooperation with Foreign States on 5 March that the Equatorial Guinea ordered for two units of Pantsyr-S1 (SA-22 Greyhound) air defence systems for Equatorial Guinea.

The agreement was signed in August 24, 2017 and was announced by the press secretary of the Russian Federal Service for Military Technical Cooperation Maria Vorobyova.

It would be armed with twelve 57E6 surface-to-air guided missiles and two 2A38M30-millimetre automatic guns developed from the two-barreled 30mm GSh-30 gun.

A picture surfaced online recently showing a set of Pantsir S1s with associated equipment on a cargo ship about to be delivered to its prospective customer.

The Pantsyr-S1 is a close-in air defense system designed to defend ground installations against a variety of air attack weapons in complicated electronic environment and various weather conditions.

The modern gun-missile system can hit any types of manned and unmanned targets.

We have detected that you are using extensions to block ads. Please support us by disabling these ads blocker.