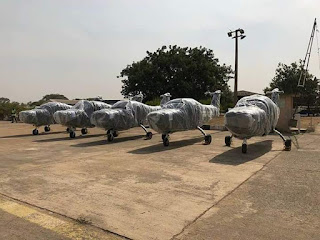 The Nigerian Air Force has taken delivery of the final batch of five Super Mushshak trainer aircraft from Pakistan Aeronautic Complex (PAC) on 14 January 2018. The five Super Mushshak was air freighted by a single Ilyushin 76 Strategic Airlifter at the NAF base in Kaduna. It completes the order for ten units which the first batch was received in 14, July 2017. Other relevant sister agencies like The Nigerian Customs and Immigration was present to properly document the arrival. Pakistani Air Force personnel were on hand to assist with the offloading and assembly. 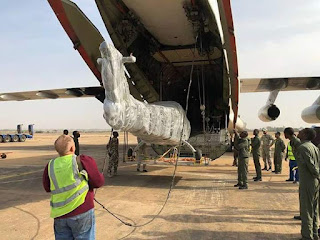 The PAC Super Mushshak is an aerobatic trainer with an all-new digital glass cockpit. It would be based at the 401 Flying Training School (FTS), Kaduna and would enhance the school in terms of capacity building. The Chief of Logistics at the NAF Headquarters, Air Vice Marshal Bello Garba who was present at the hand over hinted that it would be used to patrol North Eastern Nigeria.
The NAF is also expecting the delivery of three JF-17 fighter jet from Pakistan and Super Tucano COIN aircraft from the United States. 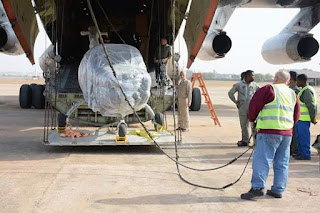 Helicopter mishap
Last week a Nigerian Air Force (NAF) Mil Mi-17 helicopter suffered a mishap when it was undertaking a counter-insurgency operation in the North East of Nigeria. Fortunately, there was no loss of life. 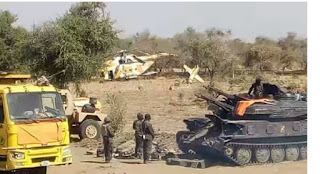