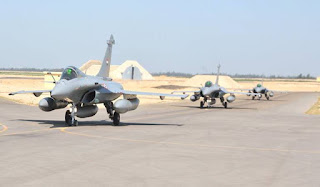 After the negotiations for the sale of about a dozen new Dassault Rafale fighter jets to the Egyptian Air Force, was blocked by France it appears that the gridlock has now been lifted. The deal was previously blocked by the French’s Ministry of Economy and Finance. Dassault has now delivered the final three of the  Egyptian Air Force Rafale fighter jets on 28 November.

The initial contract for the sale was signed in 2015 for 24 Rafales jets. The remaining aircraft were delivered after a three days visit by the Egyptian President Abdel El-Sisi Fattah to Paris in October. The French President Emmanuel Macron reinstated his commitments to fully deliver all pending aircraft. He said that he wants to continue the cordial relations between both countries.
The Egyptian Air Force is seeking additional Rafales from France Dassault. They would be operated by the 203 Tactical Fighter Wing codename ‘Storm’. 34th Squadron ‘Wild Wolves’. 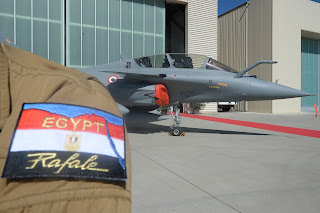 Egypt has been modernizing its armed forces with support from France in recent years, beginning when Jean-Yves Le Drian was French minister of defense. Egypt spent around €7 billion with the French arms industry between 2014 and 2016, and currently has several contracts ongoing with French companies, including a military telecom satellite for its air force, in addition to the Rafale fighters, and four Gowind 2500 corvettes for its navy.