A British Military Assistance Team popularly known as BMATT has just arrived Nigeria to begin a six weeks long training exercise for the Nigerian Air Force (NAF) personnels. The training will primarily focus on base defence. A Basic Regiment Airmen’s Course will also be run alongside the base defence exercise.

The exercise is intended to teach the NAF personnels on Force Protection in a challenging and complex conflict environment. The Nigerian Military will gain significantly from this exercise because it will reinforce their capacity to defend their various base from hostile attack. The Nigerian Military base has come under attack various times in the past few years from Boko Haram terrorist which the nation is currently battling. 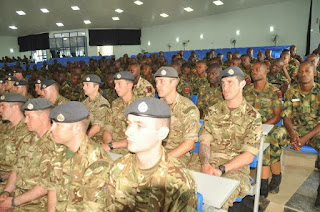 The exercise was supervised by the Chief of Air Staff (CAS), Air Mashal Abubakar Sadique who was represented by the Air Officer Commanding, Training Command, Air Vice Marshal Christopher Okoye, he urged the Nigerian Airmen to be steadfast in learning from the BMATT troops since they will also be involved in the training of subsequent Nigerian Airmen in base defence.

In an effort to boost the Nigerian Air Force personnel ground war fighting skills, the CAS has recently commissioned a Regiment Training Center which features an advanced Electronic Shooting Range. He also said that the Air Force is commited to improve the condition of the Airmen in both learning and  welfare. 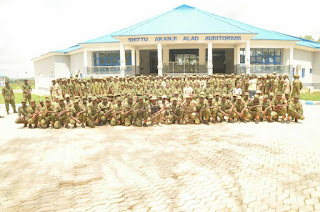