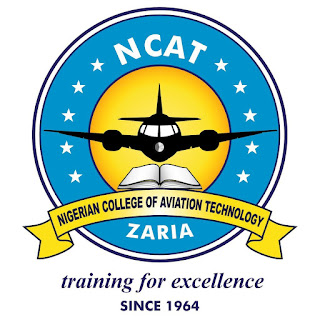 The Nigerian Premier civilian aviation college NCAT has just received a batch of 20 new build  Diamond trainer aircraft from the manufacturer. This set of aircraft were ordered in 2013 to replace the older aircraft usd for training. The aircraft were bought at the estimated price of about $20 million USD through a middle man company Interjet Nigerian Limited, Diamond Aircraft official representation in West Africa.
The first aircraft was delivered to the Nigerian Government through the Minister of Aviation for state on April 24th.
The new set of aircrafts will replace the obsolete set of air-beetle used for flight training in the institution.
five twin-engine DA-42 and 15 single-engine DA-40 trainers The DA 42 is powered by two Austro Engine AE300 diesel engines, which produce 168 hp each to propel the aircraft to a maximum cruise speed of 328 km/h. They are also equipped with a glass cockpit and Garmin 1000 system, the new aircraft will reduce operating costs while improving cost efficiency. 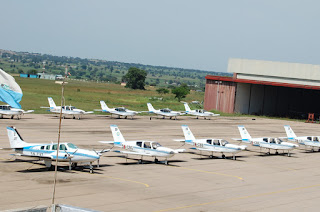 Although, the delivery has been delayed for more than a year due to the Government failure to release funds early, the agreement between the NIgerian Government and Interjet was signed since 2013. Due to the inability of the Government to pat on time seven of the initial batch were sold to another buyer to pay for maintenance and storage cost.
NCAT also operates 29 trainer aircraft including ageing Socata Trinidad TB-20GT and Beech Baron 58s which were purchased as second hand equipment more than 15 years ago.
Futhermore, Diamond Aircraft and Interjet Nigeria have agreed to set up a state of the art Maintenance, Repair and Overhaul (MRO) centre in Abuja for DA-Series aircrafts. The MRO will service the growing number of West African operators of Diamond aircraft. These include the air forces of Ghana, Niger and Nigeria, which together operate between 7 and 12 DA-42 MPP (Multi-Purpose Platform)’Guardian’ maritime surveillance aircraft.
You might also like: