Kenya Defence Force has requested the purchase of 12 MD 530F helicopters from the United States, at a proposed cost of $253 million including weapons, ammunition, and support.
The US Defence Security Cooperation Agency (DSCA) on 2 May announced that the US State Department has decided approving a possible Foreign Military Sale to Kenya for the helicopters, with the DSCA notifying Congress of the possible sale on 1 May.
The deal would include the helicopters, to be supplied by MD Helicopters, as well as 24 Heavy Machine Gun Pod (HMP) 400 systems; 24 M260 rocket launchers; 4 032 M151 rockets; 1 536 2.75-inch M274 smoke signature warhead rockets; and 400 000 rounds of .50 caliber ammunition.

The MD 530G Light Scout Attack Helicopter is the latest in a lineage that spans more than 60 years of industry-leading scout-attack helicopter evolution. Born from the combat-proven MD 530F airframe, the MD 530G is the newest addition in MD Helicopters’ line of purpose-driven scout attack helicopters. — MD 530F helicopter 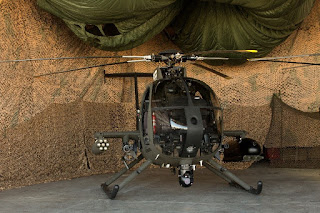 According to the manufacturer, The helicopter comes with modern technology coupled with enhanced agility and firepower to undertake an airborne combat role. The MD 530G can be used for