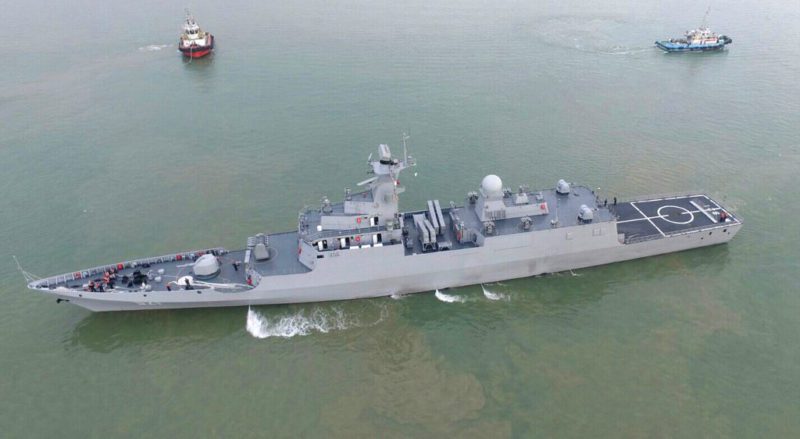 ADVERTISEMENT
If you are wondering about the military strength of African countries, here is an article to help you decide. Military Africa has compiled a comprehensive list of the TOP 10 MOST POWERFUL WARSHIPS IN AFRICA. The criteria and parameters used by us to rank these vessels include:

No 1) The FREMM Multipurpose Frigate.

This is a class of Multipurpose frigates built by DCNS/Armaris.

This is a frigate designed by Blohm and Voss shipyard of Germany, its a part of the MEKO class family of ships. This is a new class of stealth (Low observable) ships.

This is a class of guided missile frigates named after the American Commodore Oliver Hazard Perry and built by Bath Iron Works. They were formerly the workhorse of the United States Navy.

This warship was originally built by Todd Shipyard, Settle and San Pedro for the U.S Navy. It initial role is an ocean Destroyer Escort for protecting merchant’s vessels and screening large battle groups from enemy attacks.

A single vessel of the MEKO 360H1 variant was produced for the Nigerian Navy known as the Aradu, it is one of the largest vessels of that navy. Although this particular class of ship is designated a frigate by the manufacturers, Jane’s Fighting Ships and the Argentinian Navy classifies it as a destroyer. However, this ship is inoperable and has been left in bad condition for years now.

This is a new breed of stealth corvette built by CSSC in Hudong-Zhonghua shipyard in China. With a displacement of about 3000 tons when fully ladened, this can be classified as HEAVY CORVETTES or unofficially as a LIGHT FRIGATES. 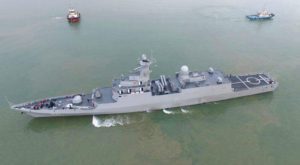 The Gowind design is a family of steel monohull corvettes developed since 2006 by DCNS to conduct missions in a littoral zone such as anti-submarine warfare (ASW). The Gowind family includes vessels with lengths from 85m to 102m and displacement from 1,000t to 2,500t.
The Gowind design can deploy Unmanned Aerial Vehicles (UAVs), Unmanned Surface Vehicles (USVs) and Underwater Unmanned Vehicles (UUVs). An aft deck has been provided allowing for a 10-ton class helicopter or Unmanned Aerial Vehicle (UAV) operations.
The Egptian Navy has production right for this class of vessel and will begin serial production soon.

The Sigma-class corvette is a Dutch-built family of modular naval vessels of corvette to frigate size with a blue water capability.

The P18N is an export version of the original Type 056 corvette of the PLAN navy. It entered service in 2013. The Nigerian version has an enlarged hull for more classified equipment. Not much is known about the P18N due to the secretive nature of the Nigerian Government. All details listed here is based on the data provided for the original version (Type 056).

The Descubierta-class corvettes were a series of corvettes built for the Spanish Navy in the late 1970s and early 1980s. These ships were also sold to the Egyptian Navy and the Moroccan Navy. The ships were designed in cooperation with the German company Blohm & Voss, based on the João Coutinho-class corvettes which were designed in the late 1960s for the Portuguese Navy, by the Portuguese naval engineer Rogério de Oliveira.