Proforce ARA MRAP: All you need to know 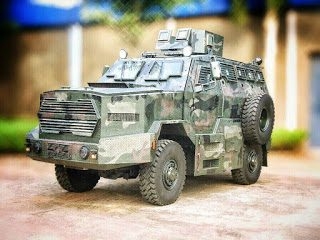 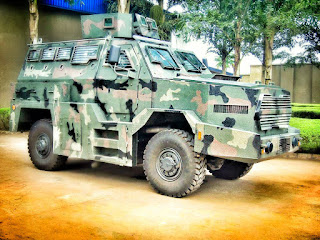 I present to you this massive behemoth MRAP built proudly in Nigeria by Proforce Limited.

History and Development of the Proforce Ara MRAP

Uniquely named ‘Thunder’ due to its perceived aggressive role in a complicated battlefield. First unveiled in August 2017, the Nigerian-made MRAP was even featured in AAD 2016 in a record-breaking development.

This decision to start this project came at a time when the Nigerian military was neck-deep in its War against fanatic Islamic terrorist sect known notoriously as Boko Haram or more informally as ISIS IN WEST AFRICA (ISWA).

In the IED filled northeastern part of Nigeria where the bitter conflict has been raging for more than six years, the Nigerian military was forced to adapt to the new modus operandi of the terrorists such as the switch from the usage of soft-skinned Toyota pick-up truck to more sturdy and robust foreign-made MRAPS. This necessitates the development of a locally made variant to ease logistics and to standardize the MRAP fleet.

Proforce rose to the challenge in a few short years came up with the Ara which the Nigerian Army quickly ordered some and began a series of near real-time combat simulations and trials to put the new come through its pace.

Design and Features of the Proforce Ara MRAP

However, due to unforeseen manufacturing challenges, the initial Computer Aided Design (CAD) had to be slightly altered so as to project a more realistic prototype as the difference between the CAD design and the first product can be easily seen. 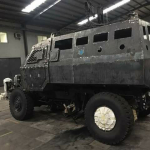 According to unofficial online sources affirms that the ground clearance trials have been conducted along with gradient, slide slope and water fording capabilities have all been tested and confirmed in Proforce testing track.

The Proforce Ara MRAP was designed from the ground up on the Tatra chassis which is world renowned for its strength and sturdiness even in adverse combat conditions.

The Proforce Ara MRAP heading for state trials and tests 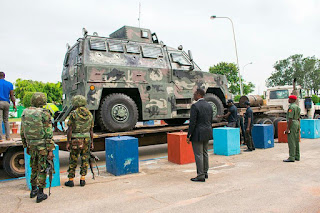 After trials, modifications would be made on the vehicle. 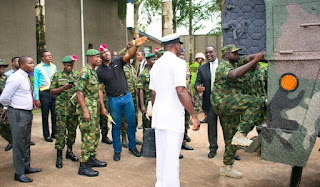 Ten vehicles have been commissioned by the Nigerian President Muhammadu Buhari during the Nigerian Army Day celebration (NADCEL) 2018.

TATRA of Czech Republic has been manufacturing cars since 1897 and is the oldest automotive factory in Central Europe, and is the third oldest in the world among companies in the same line of manufacturing.

Chassis is built as a platform for various kinds of special vehicles that need:
– superior drive-ability in difficult terrain
– heavy armored protection on top of the chassis
– reliable chassis with low life-cycle costs.

According to Proforce, the Ara can come with a range of reactive armor blocks or passive armor like slat, applique armor to defeat IEDs, shaped charge warheads and elastic formed penetrators.
It’s unique capability which Proforce claims to give it an edge of contemporary MRAP includes its cutting-edge mobility systems which offer outstanding maneuverability in various terrains even difficult ones.

It’s independent suspension and superior central tire pressure system ensures optimal operations even when it suffers puncture and damages.
It spots multiple firing ports at both sides of the hull while the turret which can accommodate various armaments can either be controlled remotely or manually depending on the mission profile. 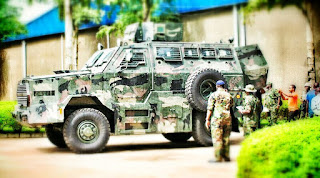