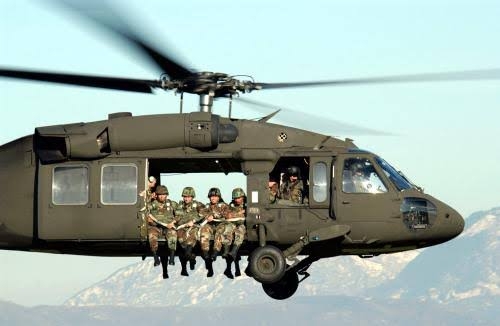 A UH-60 Black Hawk helicopter belonging to the Multinational Force and Observers (MFO) operating out of Egypt’s Sinai region has crashed.

The UH-60 Black Hawk helicopter was on a reconnaissance mission near Sharm el-Sheikh, a famous Egyptian resort city on the Red Sea, near the island of Tiran.

The cause of the crash was apparently a technical failure says Egyptian officials, seven Peacekeepers, including five Americans were killed, a French and a Czech member of the force, Sgt. Maj. Michaela Ticha, were also killed. One American service member was critically injured.

The United States Secretary of Defense Chris Miller acknowledged the crash in a brief statement, stating that “the Defense Department is deeply saddened by the loss of five U.S. and two partner nation service members in a helicopter crash in the Sinai Peninsula operating with the United Nations Multinational Force and Observers (MFO).”
Additionally, the chief of the Czech army’s general staff, Gen. Ales Opata, also expressed his condolences.

An MFO statement disclosed that the force will conduct an investigation to determine the cause of the accident. At this point, there is no information to indicate the crash was anything except an accident.

Immediately after the crash, Israeli Air Force conducted a search and rescue operation to retrieve the crew and passengers of the downed helicopter.

The Israeli Air Force tweeted that, “As a part of the IDF assistance, a short while ago, an IDF helicopter carrying elite search and rescue soldiers from IAF Unit 669, evacuated an injured American MFO peacekeeper to an Israeli hospital for medical treatment.”

After the rescue, the peacekeeping force airlifted the wounded soldier to the Israeli border city of Eilat. From there, they flew him to an Israeli hospital.

The Sinai peninsula and it’s environs have been plagued by Islamic militant groups and a regional affiliate of the Islamic State group.
Since 1979, between 30 and 400 American troops are based in the Sinai as part of a UN peacekeeping mission that dates back to the signing of the peace treaty between Israel and Egypt in 1979.

The MFO supervise the Israeli-Egypt peace treaty, as well as employ the best methods to prevent the violation. The MFO will “conduct an investigation to determine the cause of the accident. At this point, there is no information to indicate the crash was anything except an accident. We greatly appreciate the cooperation and support of Egypt and Israel.”