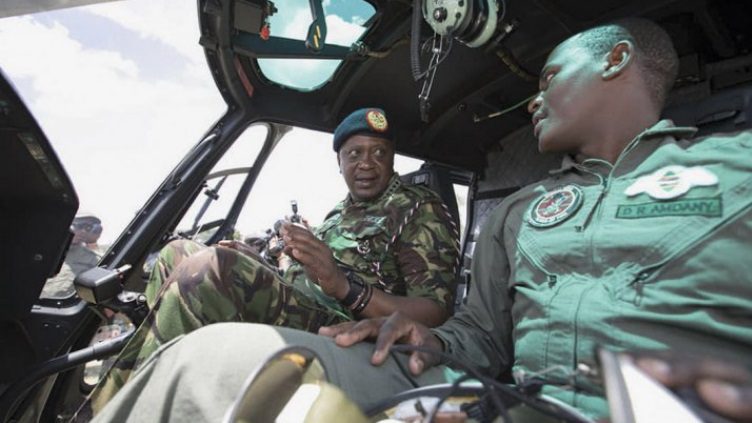 The Kenyan Air Force (KAF) has acquired H125 Écureuil and an AS550C3 Fennec (H125M) from Airbus Helicopter. This was revealed during the October 14th Kenya Defence Forces Day (KDF).

President Uhuru Kenyatta visited Kenyatta Barracks in Gilgil, north of Nairobi, where he was shown an AS350B3 Écureuil (now H125) and an AS550C3 Fennec (H125M). Both types of helicopter were painted in the same dark green scheme used by the UAE Armed Forces.

Several new Fennecs were previously seen in a ceremony held on 14 September, when the KDF announced that nine of the helicopters had been donated by the UAE. Although there were no mention of any Écureuils.

It was also confirmed during Kenyatta’s visit to Gilgil that the UAE has transferred weapons as part of the package as the Fennec was displayed with a seven-round 70 mm rocket launcher mounted on one hardpoint and a 7.62 mm M134D Minigun on the other.

The helicopter’s avionics suite included a large screen on the left side of the cockpit’s instrument panel, likely used for controlling the electro-optical turret fitted to the aircraft when in service with the UAE’s military. The AS350B3’s instrument console did not have this screen.

Pilots told Kenyatta during his visit that the helicopters are capable of conducting operations at night, suggesting the KAF has received the electro-optical systems and/or night vision goggles.