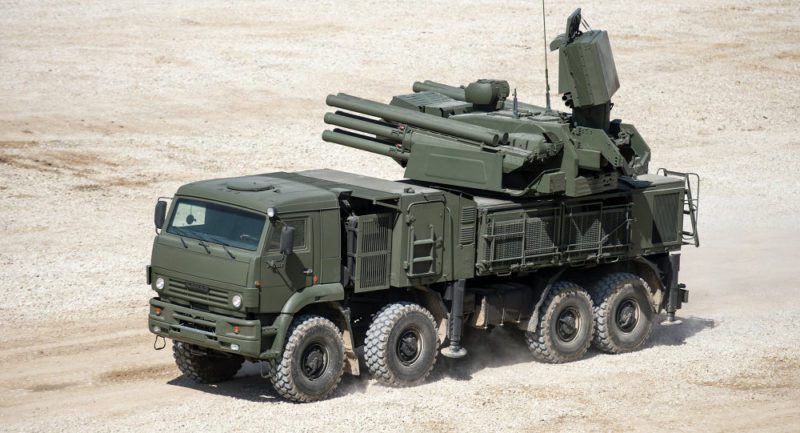 During the “Sakhr 2018 “Military exercise (MILEX) that involved the 36th Motorized Infantry Brigade, the Algerian Ministry of National Defence tested the all-new Russian-made Pantsir SM Air Defense System. The Pantsir SM could be seen in the  background of the video conducting a live fire exercise.

The Panstir SM system is a vastly improved version of the Pantsir family and is yet to begin operation as it is still undergoing intensive testing and trials hence, Algeria is amongst the first user of the system.

The Algerian model appears to be based on the new 8×8 K-53958 “Tornado” truck chassis with an armored cab which is more agile, has enhanced protection and more stable than the old Kamaz vehicle.

Currently, only two prototypes exists at the moment and the manufacturer of the “Tornado” armored truck chassis Remdizel has produced just six units of the chassis. According to the General Director of the Russian Company High Precision Complex – Alexander Denisov, he said during a news interview by the Rossiyskaya Gazeta newspaper that the research and development work pertaining to the Pantsir-SM is due to be completed in 2019.

Denisov praised the Pantsir-SM as a “completely new system” stating that it  will exceed the previous version, the Pantsir-S1, by up to two times in terms of combat capability.

The new Pantsir-SM is will be able to destroy aerial targets at a maximum range of 40km, twice more efficient that the current Pantsir-S1. The new radar will be able to detect targets a distance of 75 km. The Pantsir-SM will incorporate a multi-functional targeting radar station, increasing target detection range from 40 to 75 km and engagement range from 20 to 40 km.

The Pantsir-SM is to be equipped with a new high-speed missile and that the range of detection and destruction of targets will increased by about a half. The South African subsidiary Rheinmetall Denel Munition (RDM) will be supplying 40mm ammunition to two Asian countries in a new... Egypt has tendered the plans for producing the South Korean K9 self-propelled howitzer locally. Cairo plans to begin production of... 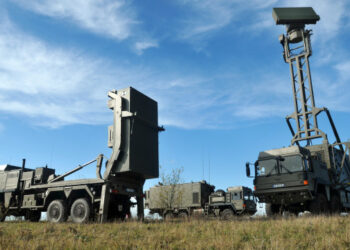