No Result
View All Result
Sale!

The Soviet Union/ Russia remains a major supplier of submarines in Africa, with Egypt, Algeria, and Libya being the main recipient of these boats.

The proliferation of submarines continues to rise as global maritime security realities necessitate the need for undersea defence.

Naval warfare is constantly evolving. New technologies are reshaping the way wars are fought and opening up new opportunities for the future. At the same time, existing weapons systems are proving their worth and adapting to counter these new challenges on the battlefield. 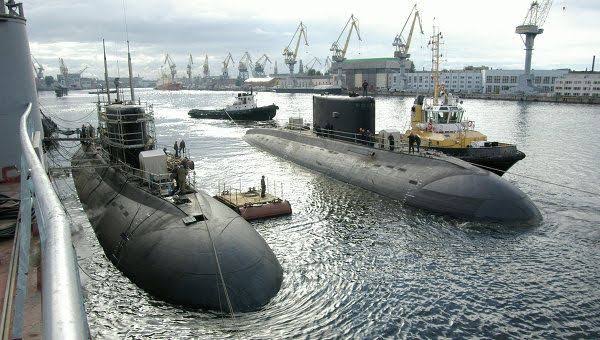 Just like today, tomorrow’s oceans will also be more complex and contested, with new threats constantly emerging and evolving. Yet, the submarine will continue to provide unrivalled conventional superiority to the few navies which can operate them.

In Africa, only Egypt, Algeria, and South Africa operate these deadly vessels.

Across the world, navies continue their efforts to build, purchase, and operate submarines. These underwater vessels are considered the pinnacle of the capability of any navy short of aircraft carriers and for good reason.

Only a handful of countries in Africa own or have operated submarines. A total of 32 submarines have sailed with African navies. 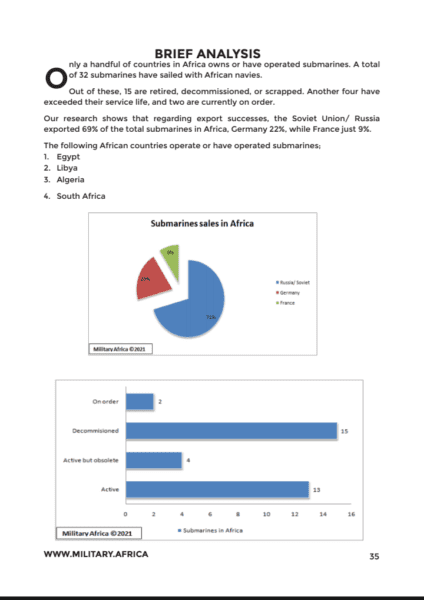 Out of these, 15 are retired, decommissioned, or scrapped. Another four have exceeded their service life, and two are currently on order.

Our research shows that regarding export successes, the Soviet Union/ Russia exported 69% of the total submarines in Africa, Germany 22%, and France just 9%.