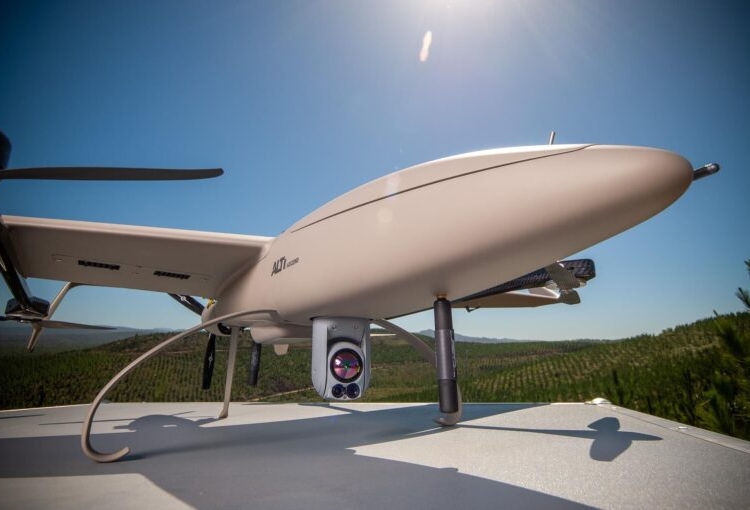 The Nigerian Police has acquired a number of Unmanned Aerial Vehicles (UAVs) to improve surveillance operations to checkmate criminal activities in the country.

Elistair supplied the Nigerian Police forces with Orions UAVs, as part of the reinforcement of the border security and fight against terrorist groups.

These UAVs will be remotely operated by police pilots from the Police Airwing who have undergone specialized training from Engineers of the Elistair company, who arrived from France for a week-long training schedule.

Personnel drawn from the Police anti-terror forces had earlier this year undergone training in the operations of the UAVs which have now been deployed to various hotspots.

According to Elistair, the Nigerian Police have already identified armed terrorist groups using the Orion UAVs to discretely observe and detect threats over a radius of several kilometers, during 24-hour flights.

Deployable in minutes and easily transportable, the Orion allows operators to quickly create a discreet checkpoint, over several hours, and with a minimal logistic footprint.

ASISGUARD, which operates in the Turkish defense and cyber security sectors, has completed the delivery of the SONGAR Armed Drone Systems to Nigeria. The delivery of SONGAR systems to the Nigerian Police Force and Army was completed on September 15, 2022.

The delivery fulfilled a contract signed between the Nigerian government and ASISGUARD last year at the SAHA EXPO-2021 Defense, Aviation, and Space Industry Fair in Turkey. Mustafa Barış Düzgün, the company’s general manager, stated at the time that SONGAR had received a lot of interest, particularly from African countries. Düzgün added that as a result of the company’s negotiations, they signed agreements with two African countries and were in the process of signing an agreement with a third African country. SONGAR has also been reported to have been exported to a country in the Asia-Pacific.

SONGAR is the first Turkish Armed Forces’ drone system to be equipped with a machine gun and firing stabilization, and also, a Nigeria’s first.

The drone is armed with a machine gun mounted on the SONGAR stabilizing system. Until the operator gives the signal to fire, it carries out its functions autonomously and with multiple layers of security.

200 NATO standard 5.56x45mm rounds may be carried by the drone, which has a 3km operating range. The Songar can also be equipped with a 40mm grenade launcher, alongside its 5.56x45mm machine gun, which allows it to fire up to four grenades effectively.

The drone’s grenade launcher version can be fitted with various payloads according on the user’s requirements, such as mini-rockets with a maximum range of 2km or smoke bombs to disrupt protest gatherings or riots.

The flagship ALTI Transition is a 3-meter dual hybrid VTOL fixed-wing aircraft allowing for high endurance flights of 8 hours while covering a distance of up to 600 km in a single flight.

The Transition featuring a completely modular airframe that can be rapidly deployed from in the case to in the air in under 10 minutes by only two operators without the need for a runway or bulky and expensive catapult systems.

According to the Inspector-General of Police, IGP Usman Alkali Baba psc, the drones will assist the Police in monitoring active crime scenes, coordinating response operations, and providing aerial support to responding officers.

Nigeria joins a rapidly growing list of drones operators in Africa, owning a large amount of UAVs from manufactures across the globe.

The Nigerian police will use the newly acquired drones against armed gangs, which have become one of the country’s most significant problems, primarily operating in the states of Zamfara, Sokoto, Katsina, Tarabe, and Kaduna.