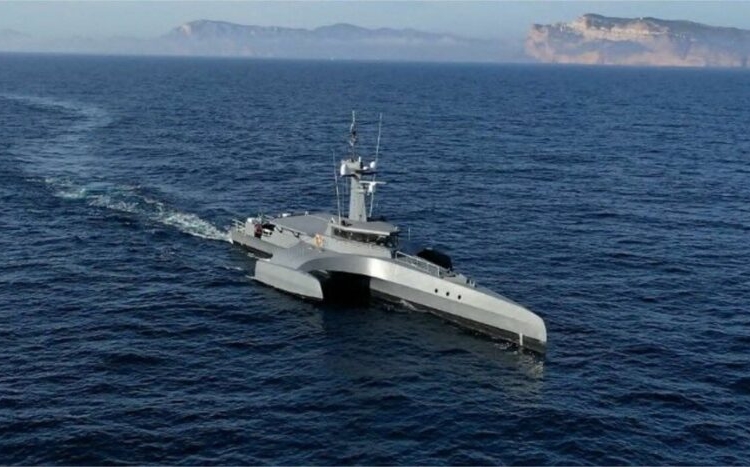 CMN handed over the vessel on Saturday, November 19, in a ceremony that took place in Toulon.

The 43.6 meters long and 15.2 meters wide trimaran-type patrol boat is designed by Nigel Irens Design, and made of composite materials at iXblue shipyard in La Ciotat instead of CMN facility in Cherbourg, because the latter no longer works on these types of materials.

The first three units of the Ocean Eagle type vessel was assembled in La Ciotat, and refitted with armaments at the Cotentin facility before being supplied in 2016 to Mozambique.

The Angolan Navy which is tasked with protecting Angola’s 1,600 km long coastline will use the Ocean Eagle 43 vessel for search and rescue, sea policing, surveillance of exclusive economic and fishing zones, patrol, state action and safety at sea, protection of vulnerable vessels and offshore installations, as well as escort, anti-piracy, and marine environment monitoring.

The vessel can also be deployed to fight against trafficking, smuggling and illegal immigration, and to counter speedboats, asymmetric threats, and the boarding of terrorists.

The patrol boat has a top speed of 30 knots and a range of 3,000 miles at 20 knots. It is crewed by seven personnel and can accommodate another eight people.

The Ocean Eagle 43 patrol boat can be armed with either a 20 or 30 mm cannon above the bridge and two 12.7 mm machine guns at the stern.

Angolan Navy bought the high-speed patrol boat under a September 2016 €495 million deal with UAE-based shipbuilder Privinvest which saw the company establishing a shipyard in Angola as well as supply several naval vessels including three HSI 32 patrol craft, a Vigilante-400 long range offshore patrol vessel and a Vigilante-400 short range patrol vessel from France. The HSI 32 boats were delivered in 2019.