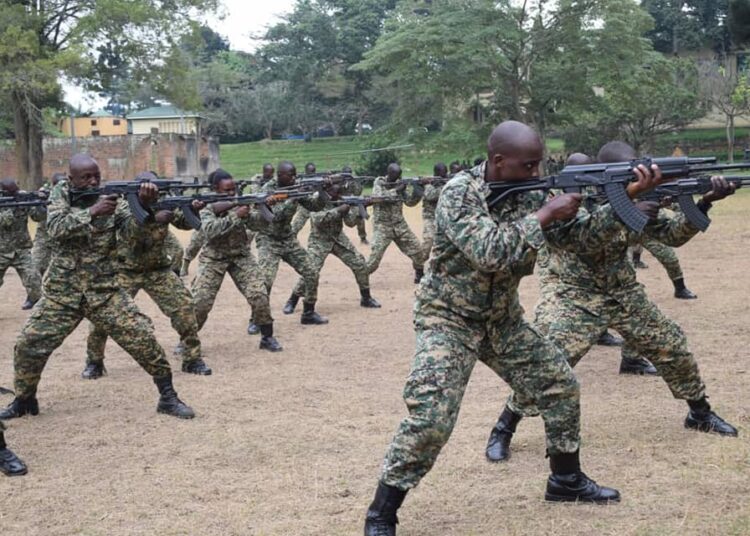 The Ugandan army has acquired a large amount of the AR-M9F assault rifle made by Bulgarian weapons company Arsenal AD.

The AR-M9F assault rifle chambered for the 7.62×39 mm rounds were recently used in a military training to prepare soldiers of the Ugandan People Defence Force (UPDF) for their deployment to Somalia.

Ugandan troops have been on a peacekeeping mission in Somalia since 2007 and lost around 20 soldiers during that time. Uganda was the first country to deploy troops for peacekeeping in the country, paving the way for other countries to join. They also have been playing a major role in forcing the Al-Shabaab terrorist organization out of Mogadishu and other parts of the country, thereby contributing to the peace and stabilization effort in Somalia.

The UPDF has more than 6,200 soldiers serving with the African Union Mission in Somalia (AMISOM).

The UPDF typically use the Chinese-made Type 56 and Russian AK-47 patterned assault rifles.

The rifle fires 600 rounds per minute, at a maximum effective range of 1350 metres. Ammunition is from a 30-round box magazine. It can also be equipped with a 40 mm under barrel grenade launcher and picatinny rails for add-on targeting equipment.