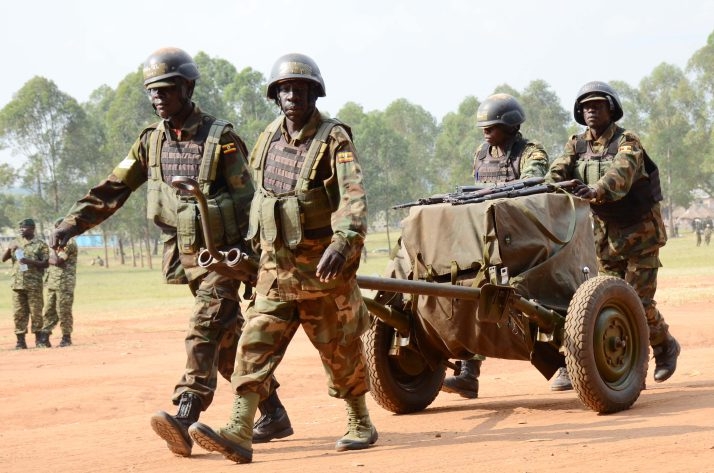 UPDF Soldiers pull a D-30 howitzer at Singo Army Barracks - Land Force Military Training Base during the flag off ceremony of battle group 19 to Somalia.

Uganda has increased its defence spending to better cope with the current security realities in East Africa.

The new funding will help the country step up to it’s neighbor and regional rival Kenya, as widespread conflict and terrorism threat in East Africa is influencing both countries spending, and pushing them to an arms race.

Between 2012 and 2021, Uganda’s military expenditure rose by 203 percent in but remained relatively stable in Kenya.

In East Africa, Kenya leads in regional military spending at $1.1 billion, followed by by Uganda ($1.06 billion), Tanzania ($742 million), Rwanda $164 million and Burundi ($68 million). Although, Nairobi had cut back its spending over the last two years over it’s economic downturn.

In 2021 Kenya, Uganda and Angola were, respectively, the third, fourth and fifth largest military spenders in sub-Saharan Africa.

Last year, the Ugandan People Defence Force (UPDF) entered the eastern DR Congo on Nov. 30, to join the Congolese army in fighting rebels of the Allied Democratic Forces (ADF) who have been wreaking havoc in the two countries for over 20 years now.