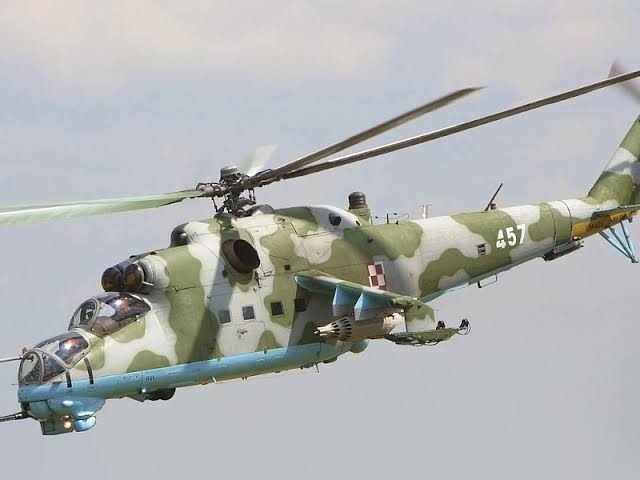 The Mi-24 Hind helicopter was carrying out a reconnaissance mission near the northern border in support of national troops when all communications was lost.

Ivory Coast’s Defense Ministry said on Friday that the wreckage of the helicopter was found two kilometers north of Togolokaye. An investigation is underway to find the cause of the crash.

Ivory Coast’s Mi-series assault helicopters have suffered several losses this past few years, on 27 November 2019, an Mi-24D (TU-VHR) collided with an aresidential Mi-17 serial TU-VHM that was parked on the ground at Katiola.

In 18 March 2020, another Mi-24D (TU-VHO) crashed at Felix Houphouet Boigny airport in Abidjan.

Subsequently, two Hinds were procured as a replacement for the two lost. The helicopters arrived in 2020, the first was received on 7 August, arriving at Abidjan airport aboard a Ukrainian Air Force Il-76 transport aircraft.

The second Hind helicopter (TU-VHT) arrived in February this year, and was delivered aboard an Ilyushin Il-76 transport aircraft. It was earlier seen in Bulgaria on 27 January ahead of delivery.