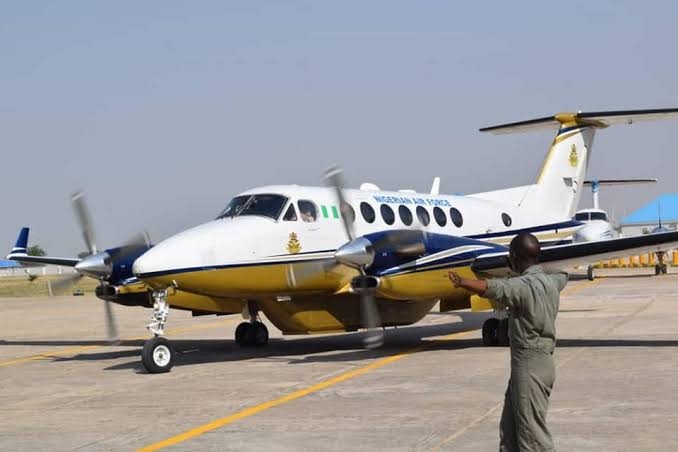 Nigeria’s army chief, Lieutenant General Ibrahim Attahiru, died in a Beechcraft King Air B350 crash on Friday on an official visit to the northern state of Kaduna, which has had security challenges in recent months, the presidency said.

The Nigerian air force said in a statement that its Beechcraft King Air B350  crashed near Kaduna airport and that it was investigating the cause.

The presidency said the army chief and other military officers died in the crash on Friday.

President Muhammadu Buhari, in a presidency statement, described the crash as a “mortal blow … at a time our armed forces are poised to end the security challenges facing the country.”

A tweet made by Air Commodore Edward Gabkwet, the Director of Public Relations and Information Nigerian Air Force on 21 May, explains that “an air crash involving a @NigAirForce aircraft occurred this evening near the Kaduna International Airport. The immediate cause of the crash is still being ascertained. More details to follow soon.”

Mr Attahiru was appointed chief of army staff on January 26, succeeding Tukur Buratai. He was 54.

Mr Attahiru was killed alongside other military chiefs who were on the same flight. The presidency has already been briefed about the development.

Attahiru was appointed alongside other military chiefs in January after years of mounting criticism over spreading violence by Islamist insurgents and armed gangs.

This recent Beechcraft King Air B350 crash occurred months after a series of crashes involving the air forces’ aircrafts. In 31 March, a Nigerian Air Force (NAF) Dassault Dornier Alpha jet trainer and light attack aircraft on routine mission in support of troops of the Theatres of Operation in the Northern part of Nigeria crashed.