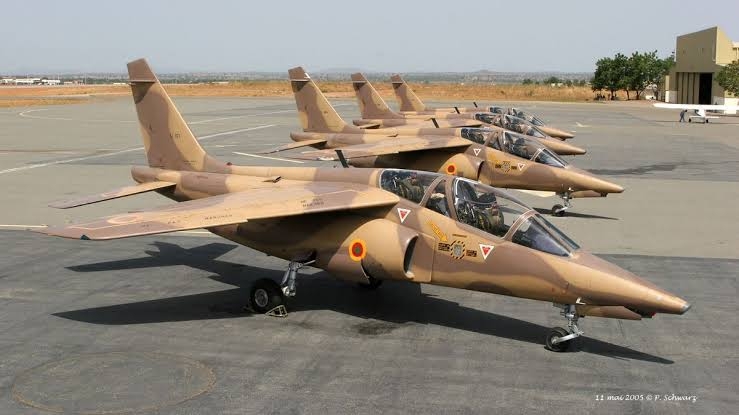 Out of it’s six Dassault/Dornier Alpha Jets, 2 are currently inoperable.

Since the end of the oil boom in the 1980s, Cameroon has been unable to procure much needed aircraft in sufficient numbers and most of its current inventory is at least two decades old. The most recent additions to the inventory is a few ultralight aircraft used for light training and scout.

The air force includes three main aerial bases, in Yaoundé, Douala, and Garoua (Cameroonian Air Force Base 301), located within each military region. All three airbase are timeworn and not well maintained, with no stopping systems, radio-navigation installations, or lighting apparatus.

Also, Cameroon’s three C-130H Hercules aircraft as well as several other types including DHC-5D Buffalo aircraft have been grounded since 2001.

Sabena Technics and South Africa’s Denel had previously been the primary maintenance providers for the C-130s, although in 2013, the Portuguese aircraft services firm Aeromec was awarded a contract to provide maintenance to the three Hercules aircraft, and work was carried out in Cameroon while heavier and more technical work in Portugal.

Another five-year multi-million contract was awarded to UK-based Marshall Aerospace and Defence Group last year, for the maintenance, training, and support of the country’s Lockheed Martins C-130H Hercules aircraft fleet.

In the contract, Cameroon’s C-130H fleet will be maintained in Marshall ADG Cambridge facility in the United Kingdom, and Cameroons Air Force logistics partner Aeromec will also participate.

However, it appears that Cameroon’s defence ministry is unable, due to lack of funds, to meet its contractual obligations to both Marshall Aerospace and Aeromec, forcing suspension of work on the C-130 fleet.

Cameroon’s three C-130H transport aircraft are aged between 38 and 42 years, and based at Douala/Aeroporte and assigned to 22ème Escadron Aérien, with two squadrons: 221 Escadrille de Transport and 222 Escadrille de Reconnaissance.

A similar issue occurred in 2019, where a Chinese-made Harbin Z-9 multipurpose helicopter belonging to the Cameroonian Military crashed on 13 May in the North West region, killing at least one government official.

Since the US withdrew its military financial aids to Cameroon, China stepped in to fill the vacuum and bolster its own influence in the region.

Subsequently, the Chinese government signed a military assistance agreement with Cameroon, the agreement includes a donation of CFA4.5 million ($8 million) to Cameroon. However, the impact of this agreement is yet to be felt.

Other aircraft in the Cameroonian inventory includes and 1 Aérospatiale SA 330 Puma transport aircraft, 1 Piper PA-23, 1 Aérospatiale Alouette II, 2 Joker 300, 7 Humbert Tétras for training and 2 Bell 206 as observation and liaison aircraft. All these aircraft are currently in varying degrees of serviceability.