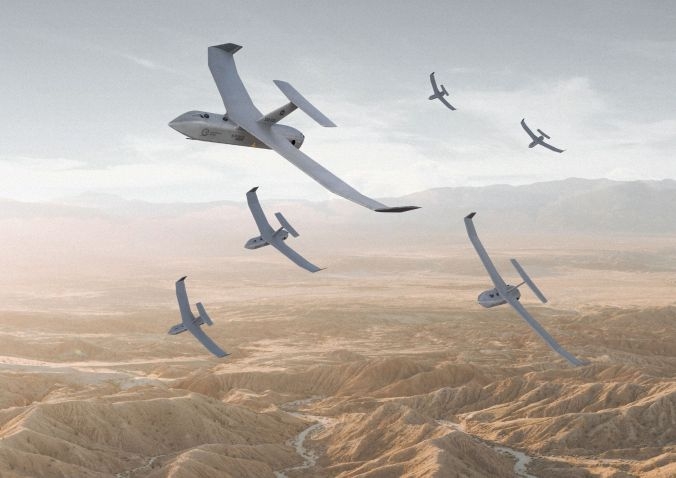 The N-Raven UAV can be launched operationally from multiple land-based, naval, and airborne platforms, and having the capacity to strike both static and moving targets.

As per Paramount, the N-Raven can offer detection, identification, location, and reportage (DILR) against various targets.
In “swarm mode,” N-Raven loitering munitions can each carry a variety of sensors of 10–15 kg payloads up to a range of 250 km.

“Equivalent to positioning multiple personnel on the ground in often austere, high-risk environments, the N-Raven is designed to saturate an area with Electro-Optical/Infra-Red (EO/IR), Semi-Active Laser sensor-driven target identification and tracking technologies to provide a rapid, data-rich picture of activity,” Paramount was quoted.

It appears that the new N-Raven loitering drone is designed primarily for the booming international market, since Paramount is offering a technology transfer and portable manufacture for customers.

“In doing so, the N-Raven addresses a myriad of mission requirements, including ‘future warfighter engagements’ where intelligent ‘swarming technologies’ combined with multiple munition loitering and attack operations have been proven to ensure mission survivability.”

Besides, Paramount is offering a field simulator which allows the N-Raven crew to rehearse each mission before launching the drone. N-Ravens recording capabiliturs allows for a debriefing after a mission ot training exercise.

According to Paramount, the N-Raven is designed as a robust yet cost-effective technology solution, utilising proven commercial components and experience gained from the company’s long legacy in the development of UAV systems, including the Meteorite.

“We are accordingly very excited to launch the N-Raven unmanned aerial vehicle at IDEX, and showcase its diverse capabilities in addressing the battlefield challenges of 2021 and beyond”.