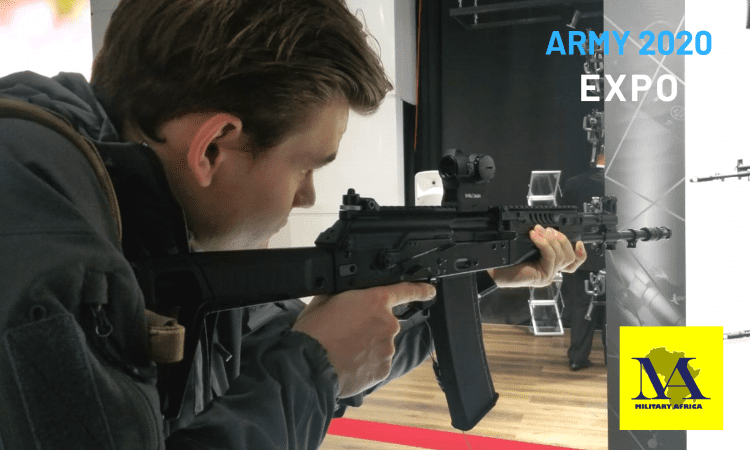 Russian Kalashnikov Concern (part of Rostec state corporation) has showcased at the ARMY 2020 expo which is taking place in Moscow a whole range of its small arms including the brand-new AK-19 export-oriented assault rifle in 5,56×45 mm NATO caliber which is unveiled to the public for the first time.

According to Rostec, the features of the new Kalashnikov assault rifle are: lightweight telescopic buttstock with improved ergonomics, a new rear sight and a slotted flash suppressor with the ability to quickly mount a silencer. Barrel length AK-19 – 415 mm, weight – 3.3 kg.

The industrial source explains to Military Africa that other equally important feature of the AK-19 is the use of the so-called “Picatinny rail” enabling easy installment – depending on the mission, of various additional equipment (night and day gunsights, handles, flashlights, laser designators etc.).

AK-19 is the latest step in the development of the family of the new assault rifles based on the AK-12 model, which has is also demonstrated at the ARMY. Since 2018 AK-12 has been mass-produced and supplied to the Russian Armed Forces. The development of 5,56×45 mm AK-19 was based on the experience of the AK-12’s operation by the troops.

Earlier this year it was reported, that Armenia and Russia signed the contract for the licensed production of AK103 assault rifles in Armenia. According to the latest reports by local media, the factory officially began production and assembly in July.